Welcome LOADsters! This month we will dance & sing our way through the Golden Age of Broadway. Hopefully, you will remember some songs and stories from these well-loved musicals, or be introduced to some new ones. Set your playlist to Broadway, break out your tools, and have a great month of scrapping to the hits!

Each day will focus on one Broadway musical as we move through time to the present, plus each day of the week has a recurring theme. You will have two prompts for each day: a story prompt & a technique prompt. You can choose to do one or the other, or do both. It’s up to you to personalize this experience. Twist the prompt, be prompt-adjacent, turn the prompt on its head, whatever you want, just make a layout every day and feel the success!

Long considered the beginning of modern musical theater and ushering in its Golden Age, Oklahoma! is a book musical, meaning the story is the important thing and the music helps to move the story. Previously, shows had little dramatic development but were a series of novelty acts, dances, and songs that were loosely tied together by a story. Oklahoma! has a compelling dramatic story of a young farm girl torn between two men: the handsome, charismatic cowboy, Curly, and the brooding, dangerous farmhand, Jud. The show also included a groundbreaking dream ballet sequence choreographed by the legendary Agnes de Mille which told a story within a story of Laurie’s inner conflict. Music by Richard Rodgers, libretto by Oscar Hammerstein II.
https://www.ibdb.com/broadway-production/oklahoma-1285
https://www.youtube.com/watch?v=8qFrZC1qv68 (no sound, but dancing!) 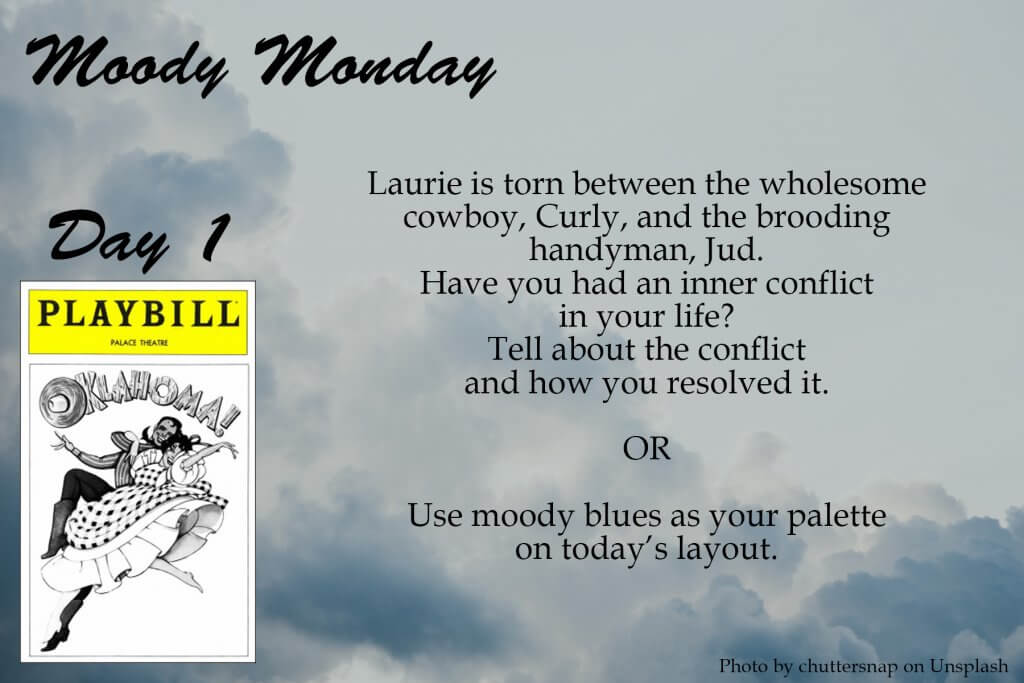 When I go the prompt the idea of inner conflict was one I was wrestling with.  I had decided to take a year off before going to grad school and was just starting to look at what it would take to get accepted, hence the inner conflict do I really want to do this.  Then I started looking at the technique which is to use the moody blues, I started with what the colour blue means.  blue symbolizes loyalty, strength, wisdom and trust.  It is known to have a calming effect on you.  That is why I was so excited to find the positive sayings all on a blue page.  I could not stop with just blue I needed to go a bit outside the lines and chose to use green to bring your attention to the book.  Which is what much of my inner conflict is about.  Can I learn a new language and do well thereby taking another step towards the goal I have for myself.  As for the journaling it is tucked under the photo so that I know that it is there but that it is not the focus but the page.  Instead it is the photo and the positive messages I send to myself to let myself know that POTIS SUM–I am able. 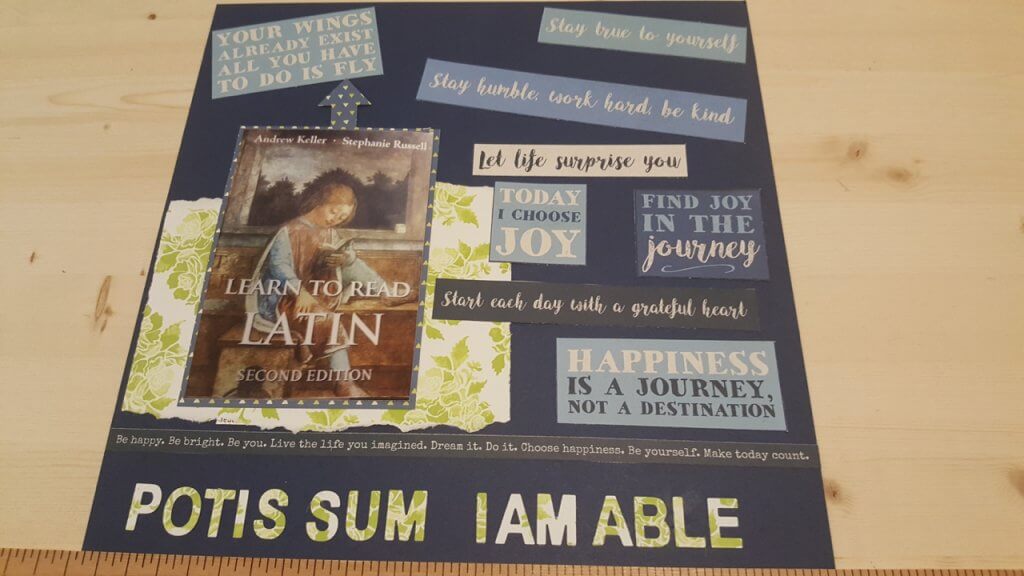 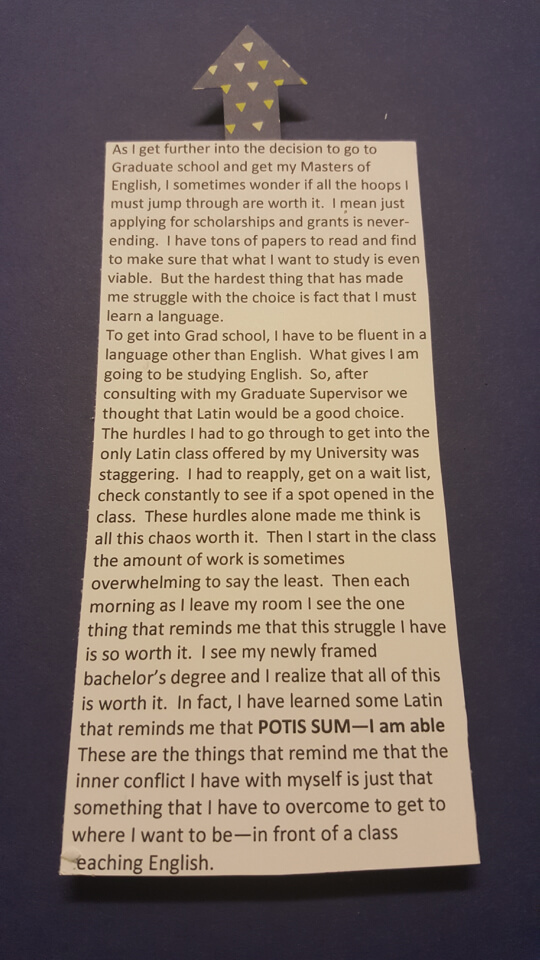 Be sure to LOAD up your layout to the Flickr gallery by midnight Pacific time. Leave some love on the layouts in the gallery and if you’re sharing your layouts on social media use the hashtags #load1018 or #layoutaday or #scraphappyfamily