This show was written as a star turn for the Broadway star, Ethel Merman. The equally talented and just as famous Irving Berlin, wrote the music & lyrics to the songs that became classics in their own right, as well as showing off Merman’s talents. For the 1999 Broadway revival, the libretto was re-worked to delete the insensitive references to Native Americans in the original and change the structure of the show. It is the fictionalized account of the sharpshooter, Annie Oakley, and her romance with Frank Butler. She starts life in very poor circumstances, but rises to become the toast of the New and Old Worlds in Buffalo Bill’s Wild West Show, while trying to figure out how to win Frank’s heart in the process.
https://www.ibdb.com/broadway-production/annie-get-your-gun-1440
https://www.youtube.com/watch?v=XfMnEu4b3xw (not original Broadway but features Ethel Merman performing song from show on The Ed Sullivan Show) 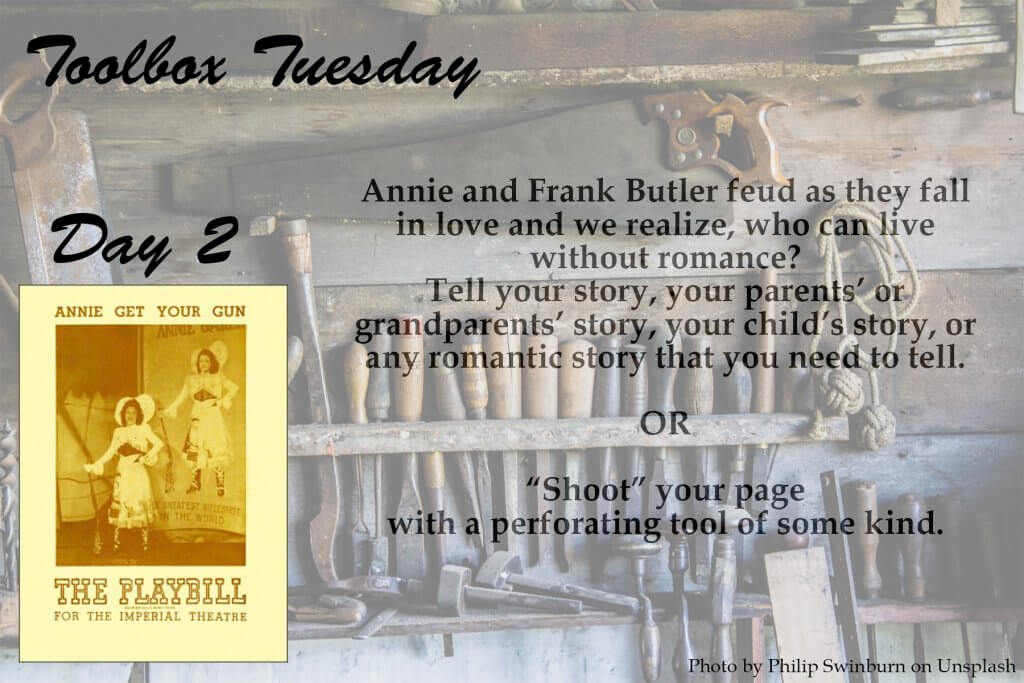 Today we are telling romantic stories but I have a story that I have put off getting in writing & this month I plan to continue my August mini-LOAD push of getting as many personal history stories in print as possible. I decided it was time and got my son’s permission to share the story with you, although I blacked out a few personal items. So my layout today is about romance gone wrong as I tell the still-heartbreaking story of my oldest son’s wedding derailment five years ago. I carried over yesterday’s Moody Blues theme and re-used the kit, Feelin’ the Blues by Cindy Schneider, because it seemed appropriate to use the same color scheme. I’m doing digital, but still managed to “shoot” my page with stitching at the bottom. It would be perforated if it was paper! The template is insd 2017 Grab Bag #3 by Crystal Livesay from Sweet Shoppe Designs.com. 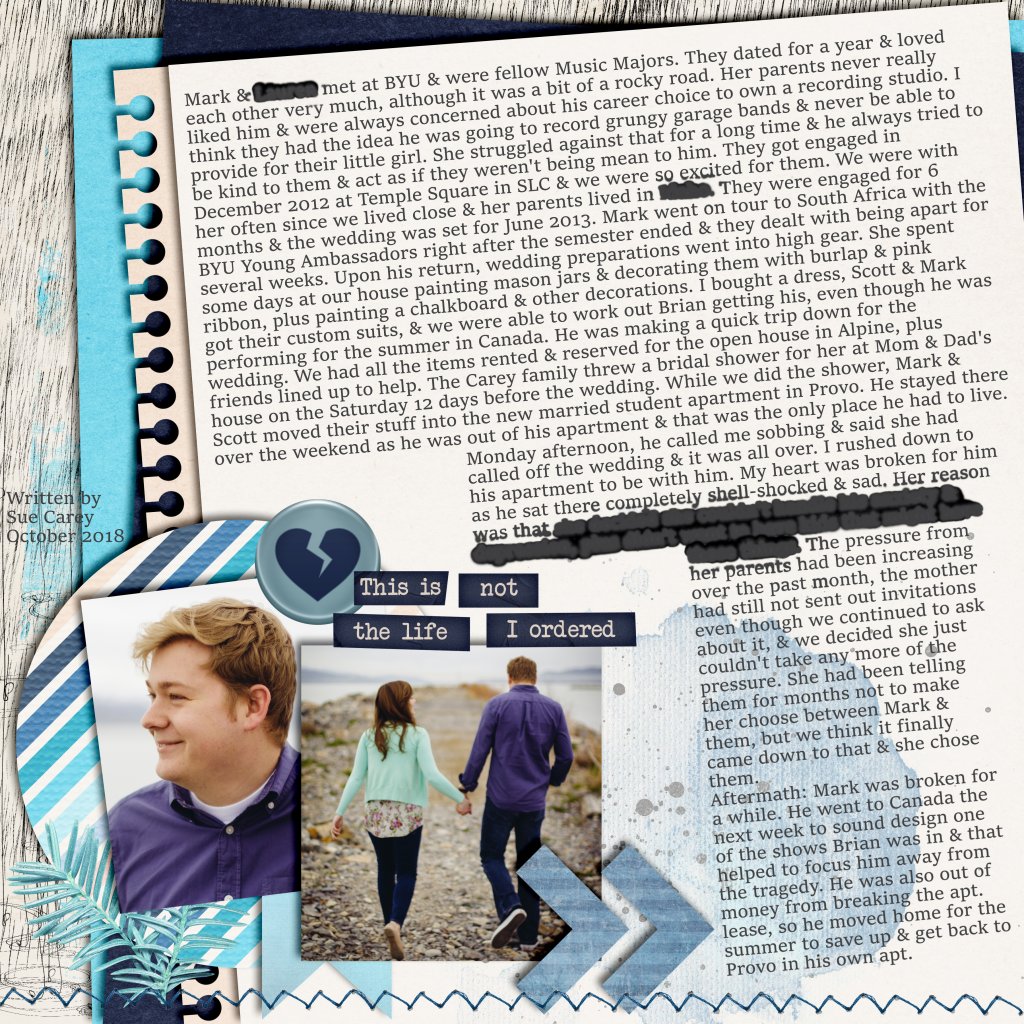