This Rodgers & Hammerstein musical has a plot based on James A. Michener’s Pulitzer Prize-winning novel, Tales of the South Pacific. The musical was an instant hit and ran for 1,925 performances. The overarching theme of the show is racism and its effects on two American Navy officers serving on an island. Nellie falls in love with a French planter but struggles to accept his mixed-race children. Joe Cable falls in love with a young Tonkinese woman but can’t see a future back in Philadelphia society with an Asian wife. The production won ten Tony Awards, including Best Musical, Best Score, and Best Libretto, and is the only musical production to win Tony Awards in all four acting categories.
https://www.ibdb.com/broadway-production/south-pacific-1831
https://www.youtube.com/watch?v=lF6q298w5oo (skip to 1:14:45 to see Mary Martin, the original Broadway actress sing “A Cockeyed Optimist” in a London production in 1952) 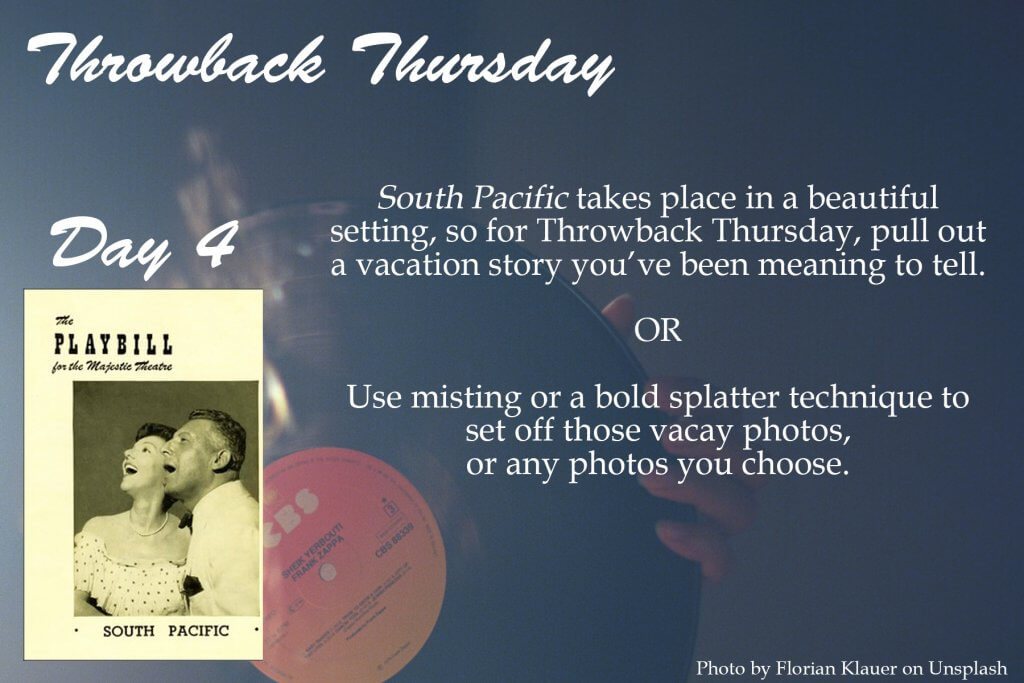 So the prompt for today is South Pacific. This was easy for me, as I grew up and spent many years in New Zealand before moving to the UK. I still call New Zealand home. Immediately this prompt made me think of one of my favourite views of a place I try and visit every time I go back. Such a peaceful, beautiful place called Mangawhai. I’m lucky enough to have realitives who live there and this is the view I wake up to in the morning when I am there. For this layout I did a mixed media background with lots of splashes and also used a glaze through  a stencil which I coloured to match the background. I chose blue as it reminds me of the water. I added a touch of glitter to the bird to make it sparkle. 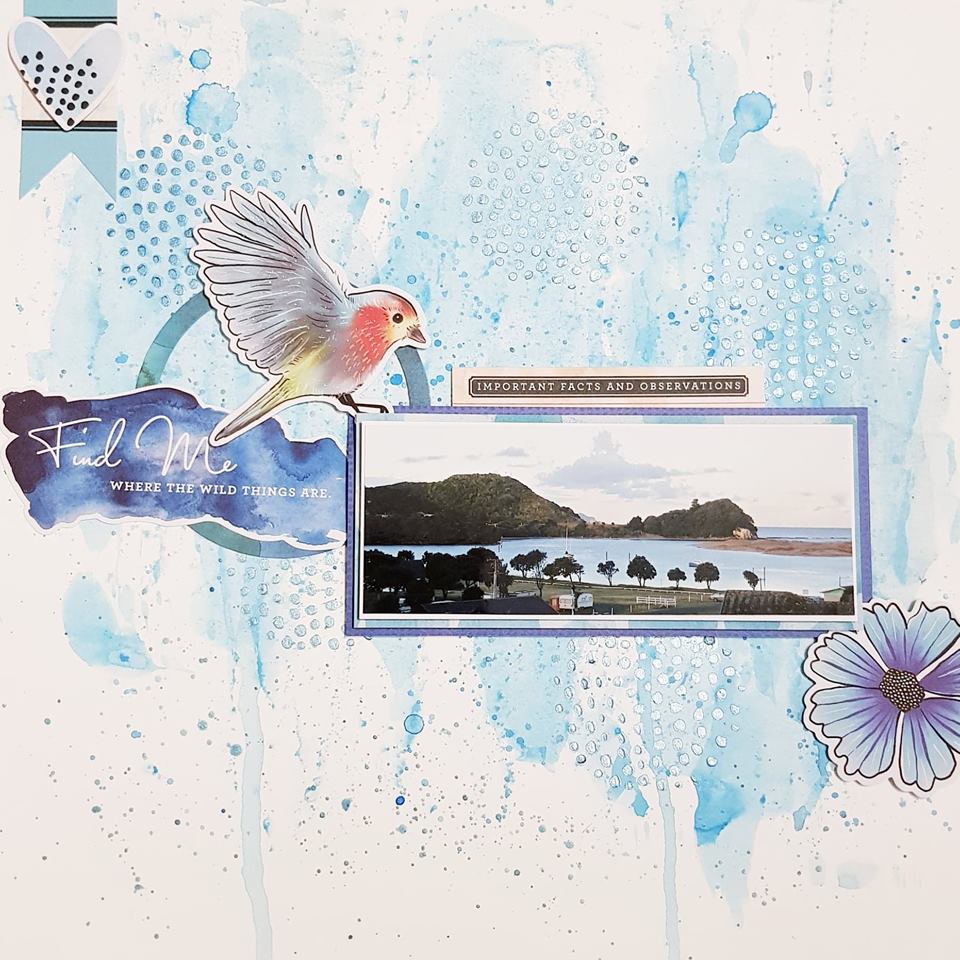