My Fair Lady was the most influential musical of the 1950’s & broke all attendance records for musical productions in NYC up to that time. The musical’s book remained faithful to the original play, Pygmalion, by George Bernard Shaw, thus retaining the witty dialogue of the famous playwright. The addition of wonderful songs by Lerner & Loewe which enhanced the script and moved the action along, made it a box-office favorite. The story tells of the transformation of Eliza Doolittle, a Cockney flower girl, into a grand lady by a diction professor who changes the way she speaks. Along the way, Eliza comes to terms with her changing status, her roots, and her feelings for the smug & aloof Prof. Higgins. It was awarded six Tony Awards, including Best Musical. Rex Harrison originated the role of Higgins and as a dramatic actor of great stature, he was unsure of his suitability in a musical. His half-sung, half-spoken performances delighted audiences, although the character itself is not a very sympathetic one, and Julie Andrews became the toast of Broadway with her cheeky performance as Eliza.
https://www.ibdb.com/broadway-production/my-fair-lady-2407/
https://www.youtube.com/watch?v=1lyCkriueS8 (Julie Andrews performing “Wouldn’t It Be Loverly” on the Ed Sullivan Show in 1961) 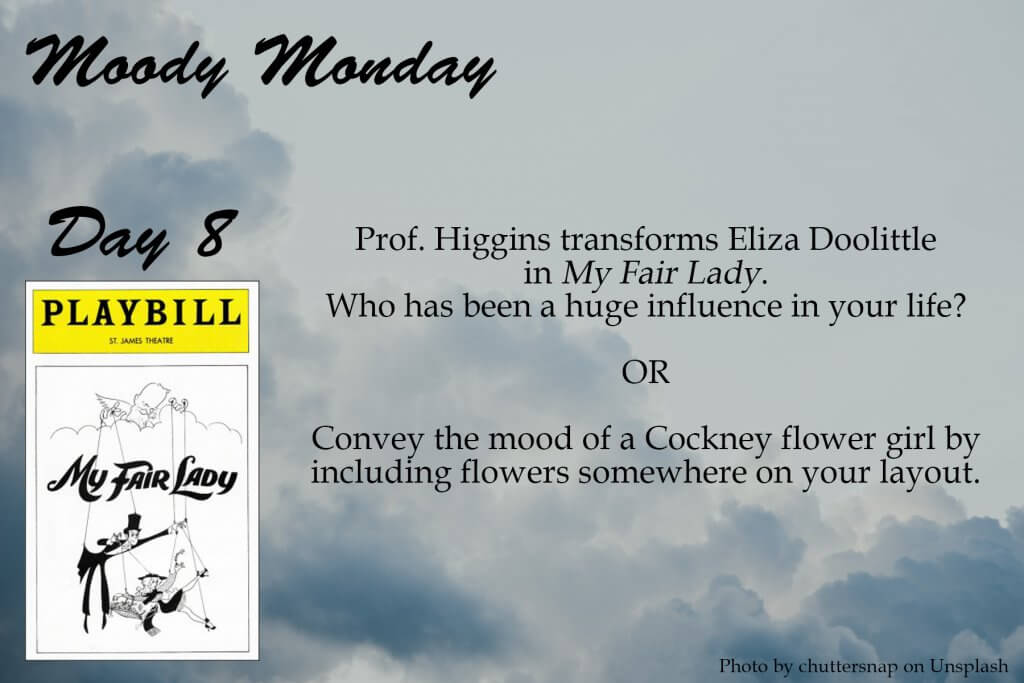 I knew right away that I wanted to make a page about the influence of my grandad on the whole of my life even though I’ve made similar pages in the past. I realised that rather than giving me specific tips on life or quotable words of wisdom, he’d just given me a sense of security and possibility. This was something I hadn’t captured before so it was a great chance for me to talk from this perspective. As we get older, our views on life and influences from the past can change and shift so it can be really worthwhile to revisit these themes even if you already recorded your thoughts some time ago. I wanted to keep the layout upbeat and decided to use some super cutesy products which just make me happy. I picked out the less themed papers and embellishments, and made sure to include some floral paper and die-cuts to fulfil both parts of today’s prompt. Even though this collection was full of mercats, unicorns and rainbows, I think I’ve managed to create a happy page which doesn’t seem to be too childish. I made sure to pick a design with lots of space to tell my fuller story. 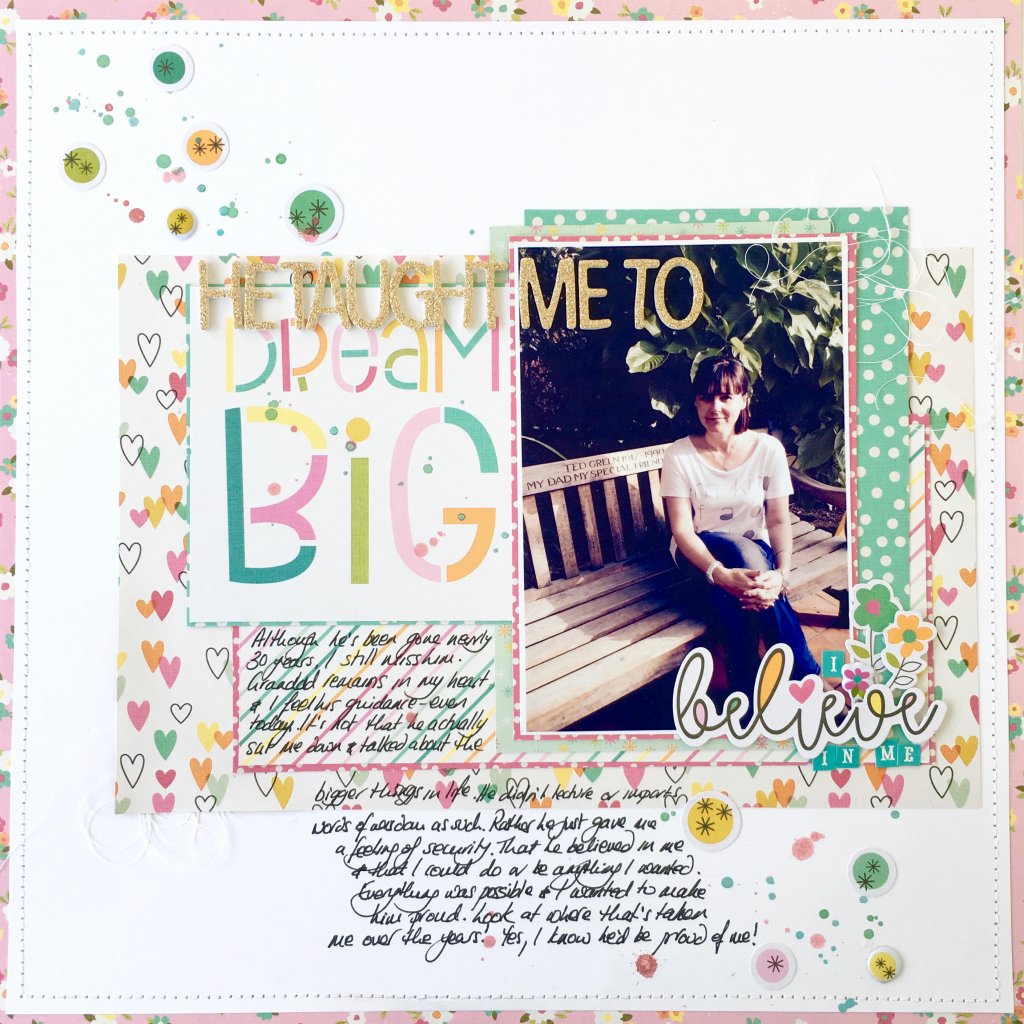 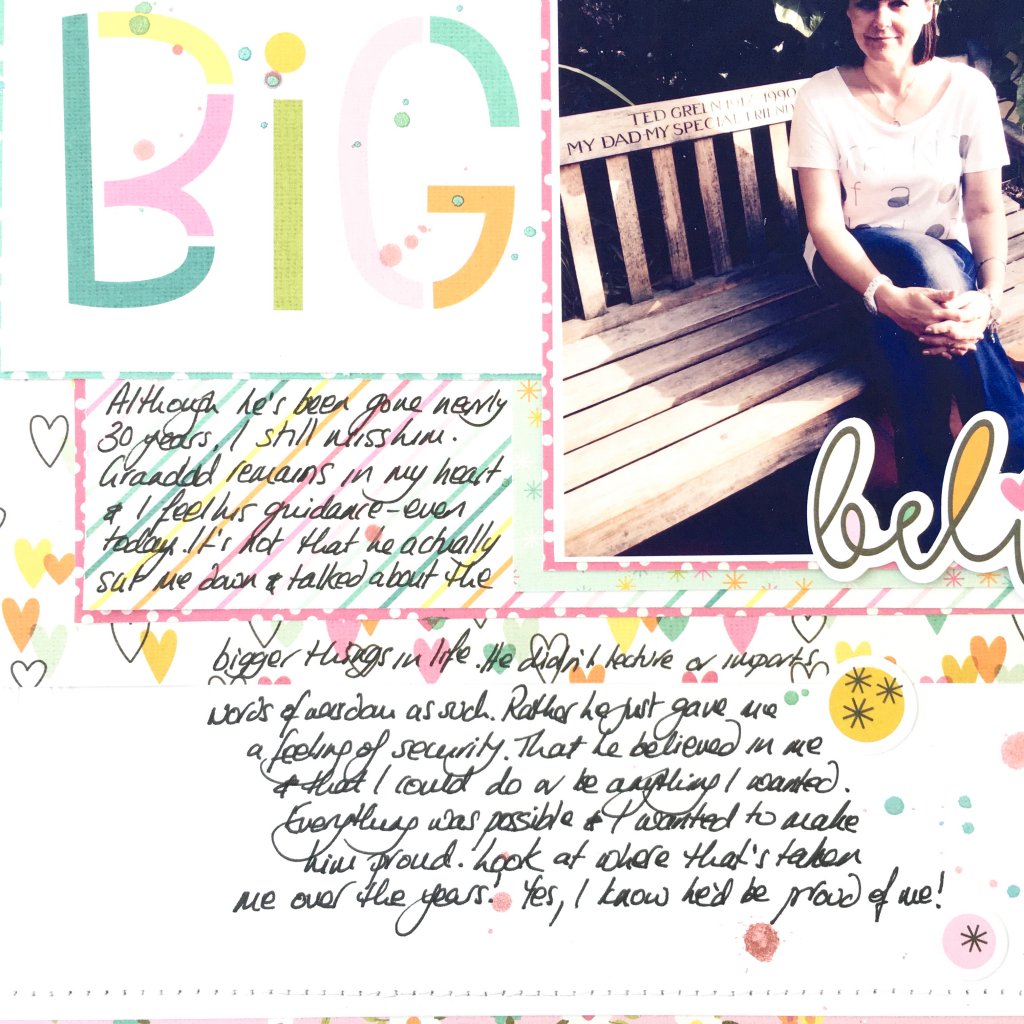 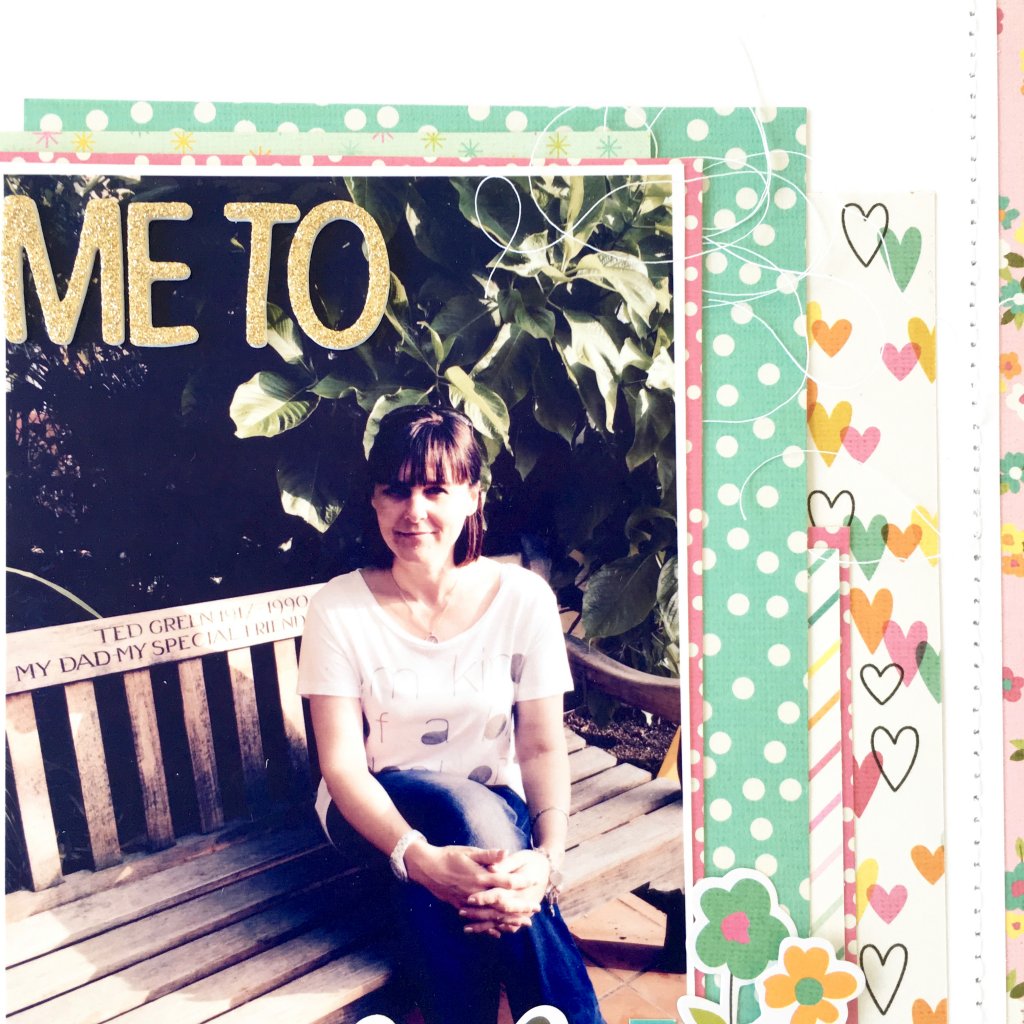 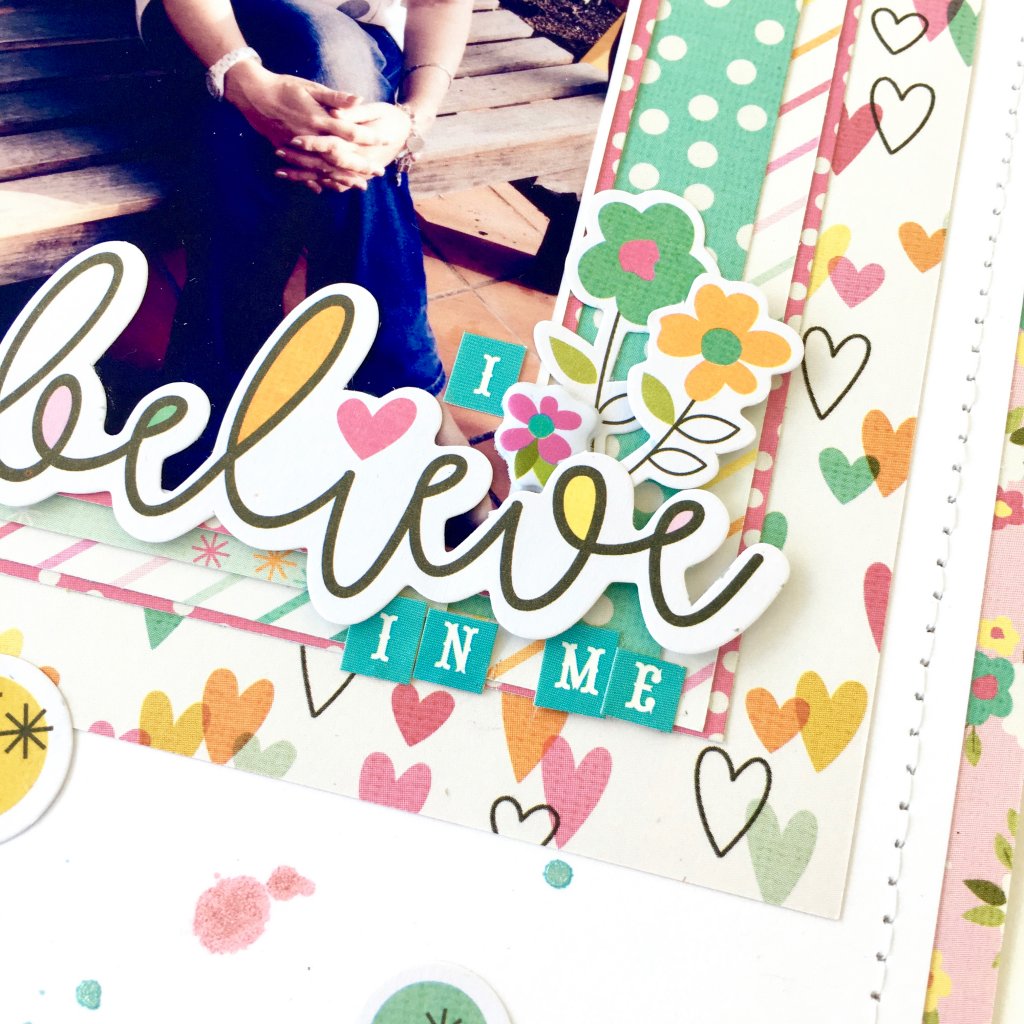 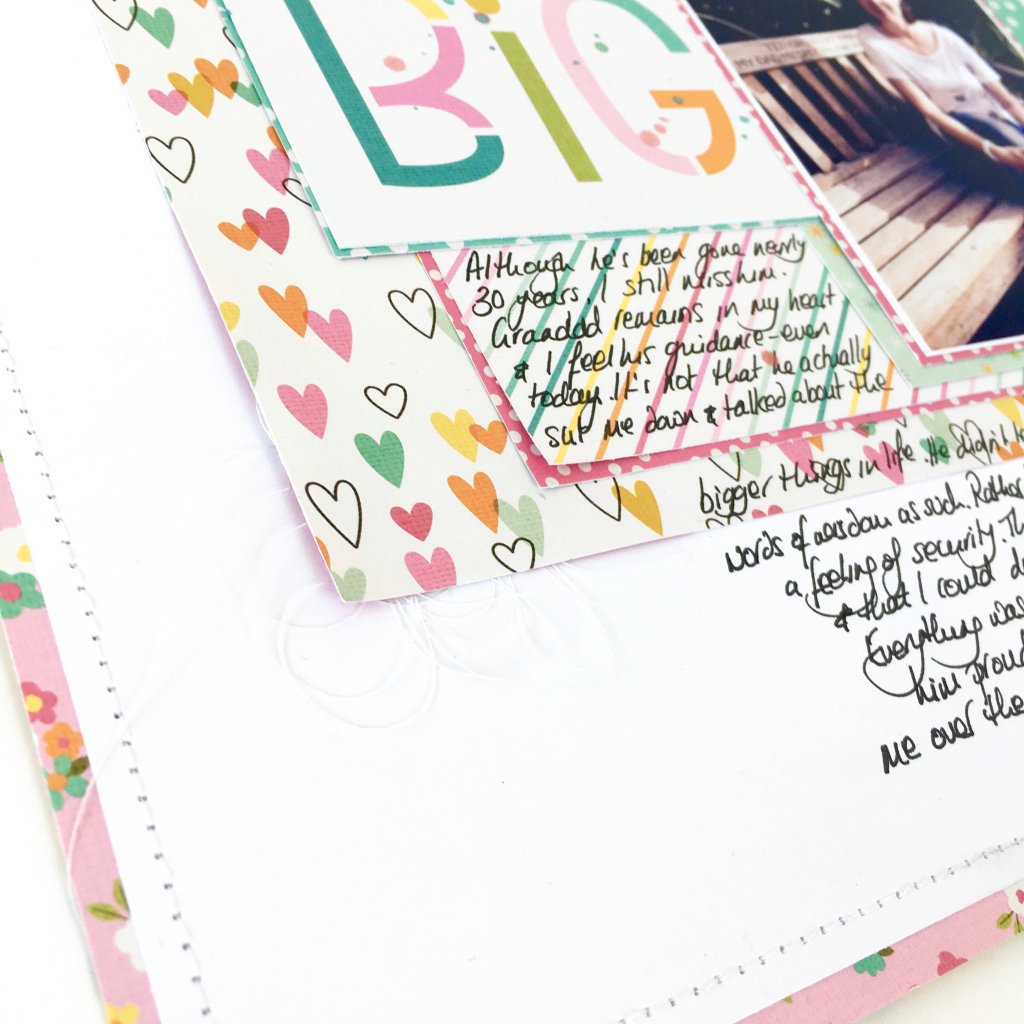 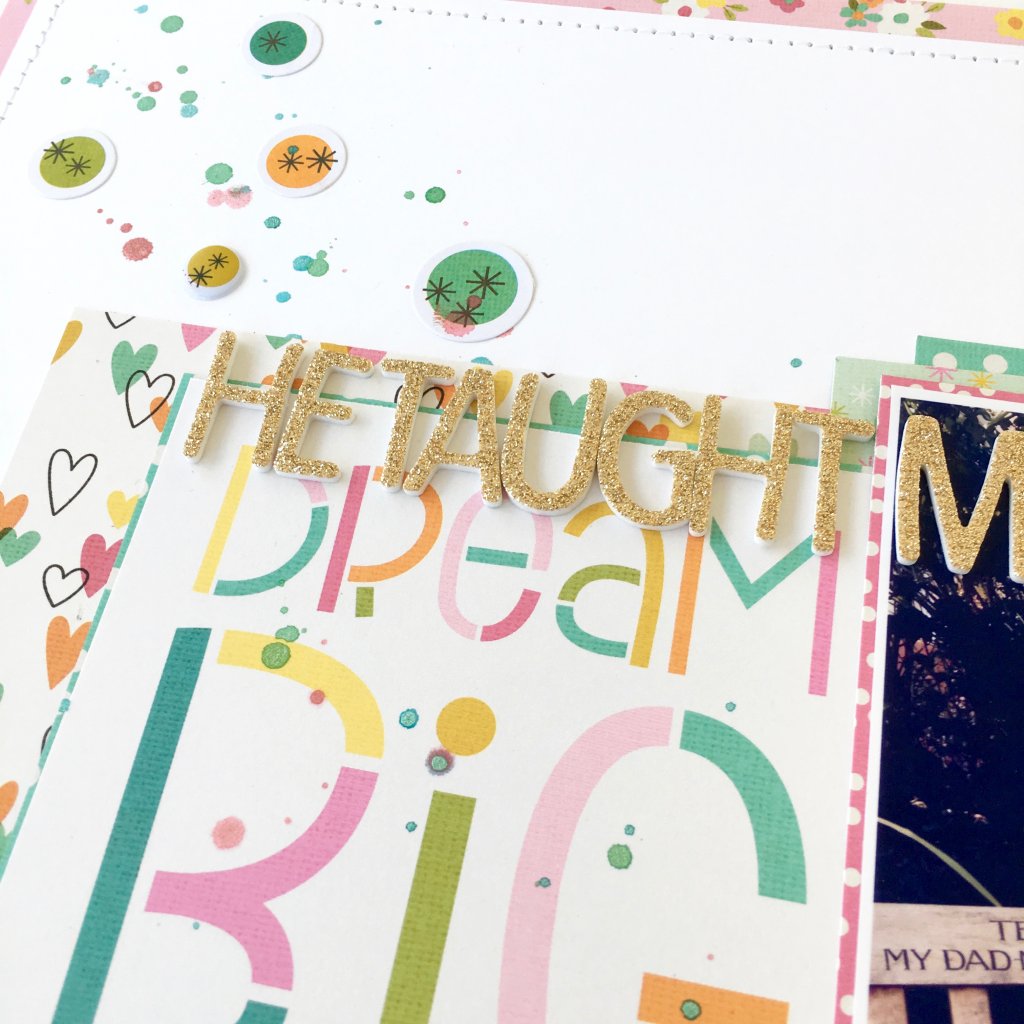