The Music Man was entirely written by Broadway newcomer, Meredith Willson, who based the story on incidents from his childhood in Iowa. The play was old-fashioned in contrast to the snappy, modern West Side Story playing at the same time, but its intricate musical arrangements, fast pacing, and humor without corny sentiment made it an audience favorite that also garnered six Tony Awards. The plot revolves around a con-man band leader reformed by the love of a small-town librarian who sees that his scheme has helped her shy brother come out of his shell, and the entire town has become nicer to each other. Robert Preston starred on Broadway & in the film, and although he was a known Hollywood actor, he had never sung nor danced before his appearance as Harold Hill on Broadway. His songs in the show are half-sung, half-spoken and feed the fast pacing of the show.
https://www.ibdb.com/broadway-production/the-music-man-2664/
https://www.youtube.com/watch?v=LI_Oe-jtgdI (from the film; if you’ve never seen Preston perform this number, you owe it to yourself to watch his tour de force) 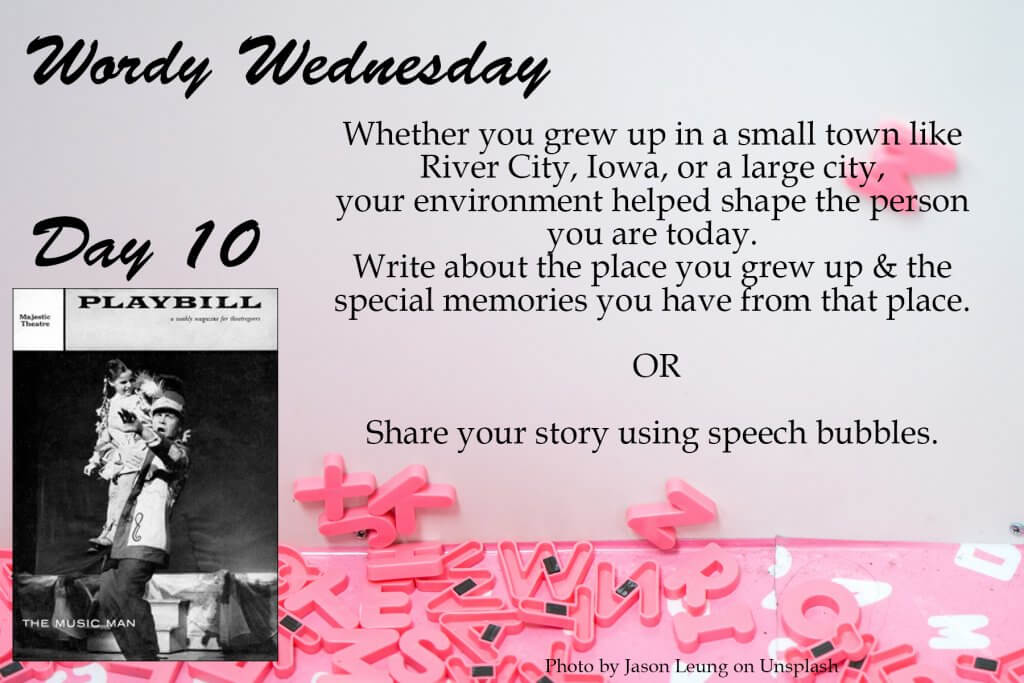 Instantly I remembered the tales of my Mum watching Music Man while in early stages of labour with my sister. She wanted to watch the end of the movie before Dad could take her to hospital, that story ended with a my sister being the first baby born in our city in 1991, but I digress.

Though I could write pages of journalling about my beloved city of Perth, Western Australia, I was drawn to the technique challenge today.
Initially, I was planning to have a page of speech bubbles with funny quotes from my toddler, but in the end, I decided to include all 4 of my children.
I started arranging the page, but rather than search for a photo of them together, I remembered the cool portrait pack I’d bought on the Rhonna Designs app (https://itunes.apple.com/us/app/rhonna-designs/id667819594?mt=8&at=11l68D) I created the 4 portraits including their favourite colours and hairstyles.
I put them on a white background, saved it to dropbox then opened it in Photoshop Elements. I added the journalling, some embellishments, and a title.
If you are a paper scrapper, you could print portraits from the app for a similar look, use a paper doll die or do paper piecing.
This page took less than an hour and is a fun a photoless layout. I want to do more in this style or even use those portraits on other pages as embellishment I had so much fun with them!
Process video
http://digiscraphq.com/oct10