The Sound of Music was the second longest-running Broadway musical of the 1950’s, after My Fair Lady. It was the final collaboration of Rodgers & Hammerstein, for Oscar Hammerstein II died nine months after its opening, with “Edelweiss” being his final lyrics. This had all the hallmarks of a great R&H show: taste, sentiment, a plucky character with courage to face life and overcome, beautiful music, and wonderful lyrics. It was based on the true story of the von Trapp Family Singers but the musical is more sentimental and played down the harsh Nazi regime that compelled their decision to leave. The later motion picture version is perhaps more popular than the stage play was during its long run. The musical received five Tony Awards, including Best Musical & Best Actress for Mary Martin, her fourth Tony.
https://www.ibdb.com/broadway-production/the-sound-of-music-2796/
https://www.youtube.com/watch?v=zhto2ygPIco (Mary Martin’s lovely speech accepting her Tony Award) 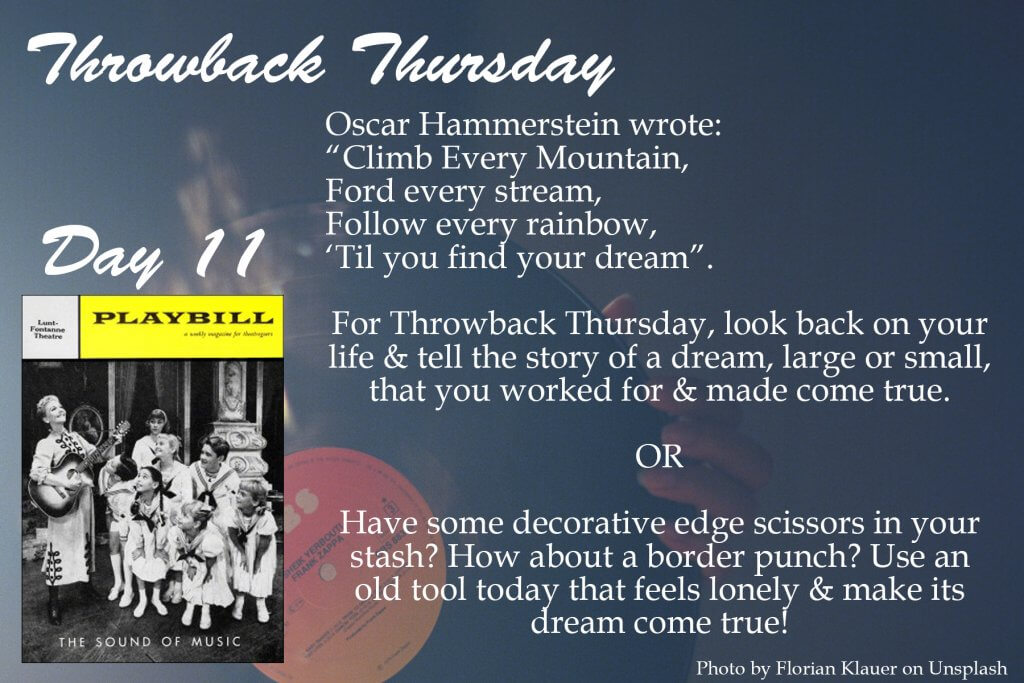 My prompt for LOAD1018 came during turmoil. Upon reading the prompt, I thought, “Terrific, ‘dream story’ huh? Ugh, not this week…Never seen Sound of Music…sigh…” My inner cheerleader, carefully and quietly asserted, “you’ll be able to make something, relax.”

A day and a half late arriving at the retreat because of ongoing trauma, my packing consisted of making sure I had a trimmer, adhesive, and scissors plus a small subscription kit backlog tossed into a crate. Oh, delicious antipasto salad for 28 made it into the car too.

The struggle between my initial reaction to Day 11’s prompt and my inner cheerleader tiptoeing around my delicate psyche certainly made for interesting creative time.

In an Anna Griffin card kit, the window spoke to me. John Irving has been my favorite author for decades so the dark yet encouraging “Keep passing the open windows” quote from The Hotel New Hampshire inspired me to hang in with creating the page despite my downcast state. Hidden journaling includes personal thoughts from the week of 9/10/2018 as well as considerations of those guys pictured with me in 1986: one a late friend, the other my sweet husband. Maybe completing this page truly was a “big dream” with my limited resources? 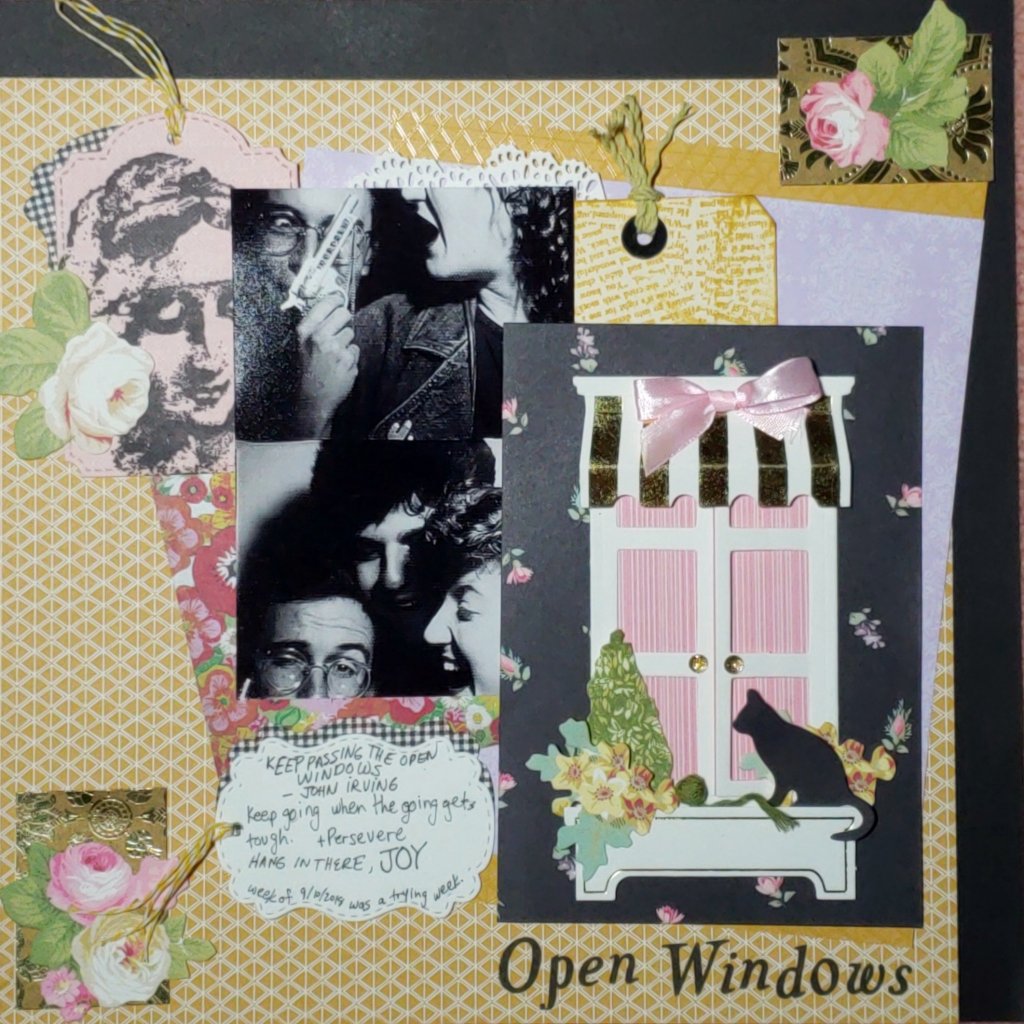 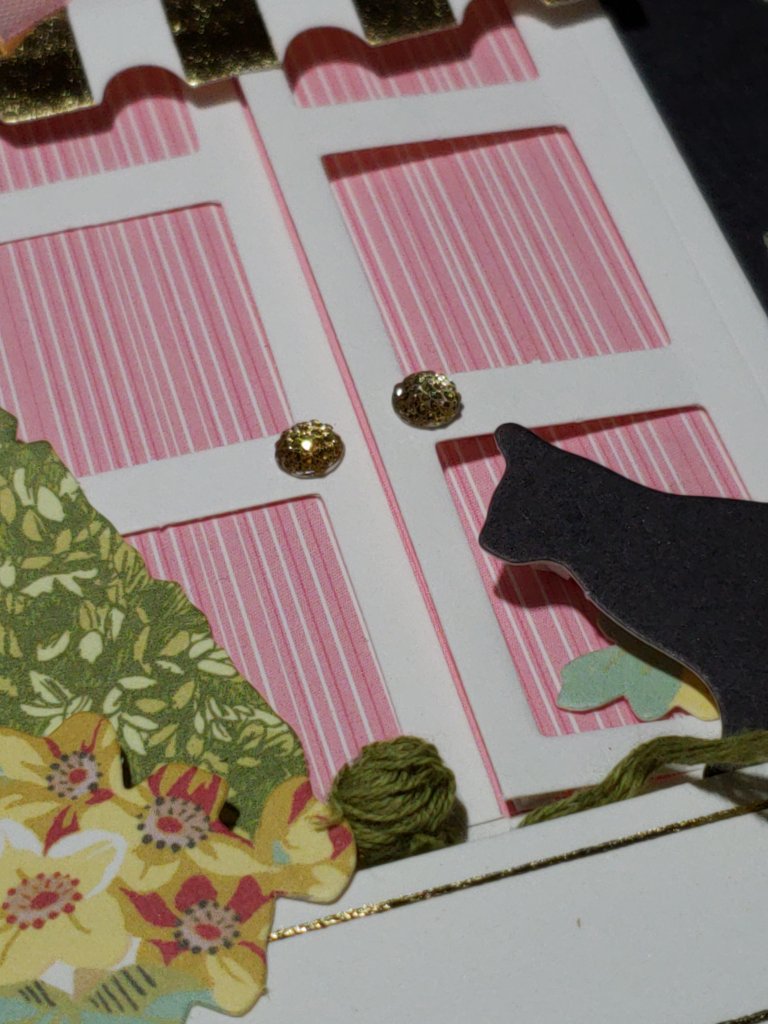 Leave a comment on the Day 11 Prize Alert thread in the Flickr discussion threads to be entered to win! Winner will be drawn at the November Happy Hour. 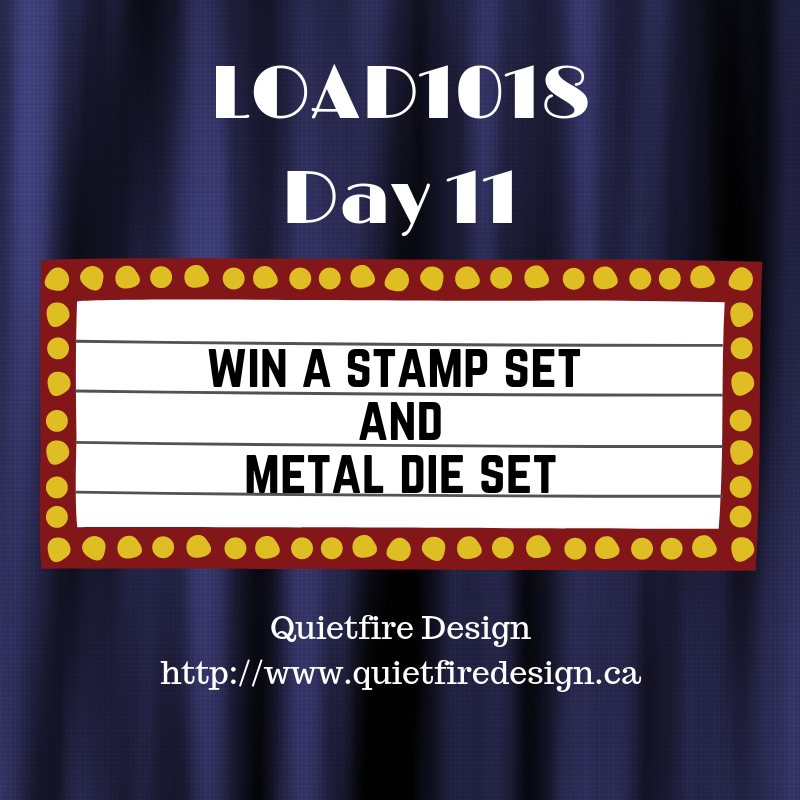 Meet Quietfire designer Suzanne Cannon and see more of her designs in THIS VIDEO! 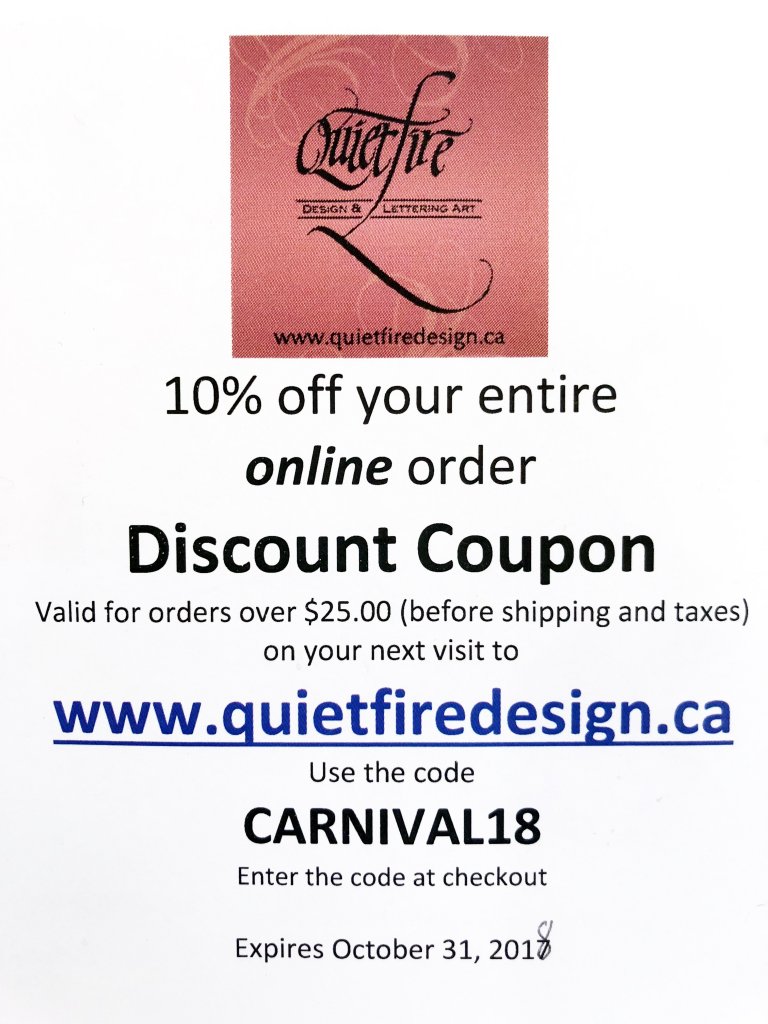