Fiddler on the Roof is based on the short stories of Yiddish writer Sholom Aleichem. The musical’s book was written by Joseph Stein who created a new story using episodes and characters from the stories. His story dealt with the gradual breakdown of traditions in a community, set in Russia just prior to the Revolution. The show played for seven years and nine months, thus becoming the longest-running Broadway production, musical or non-musical, to that time. This record was broken by Grease in December 1979. Fiddler on the Roof received nine Tony Awards, including Best Musical. Music by Jerry Bock, lyrics by Sheldon Harnick.
https://www.ibdb.com/broadway-production/fiddler-on-the-roof-3213/
https://www.youtube.com/watch?v=nbJEpcteKg4 (Zero Mostel performs “If I Were a Rich Man” at the 1965 Tony Awards) 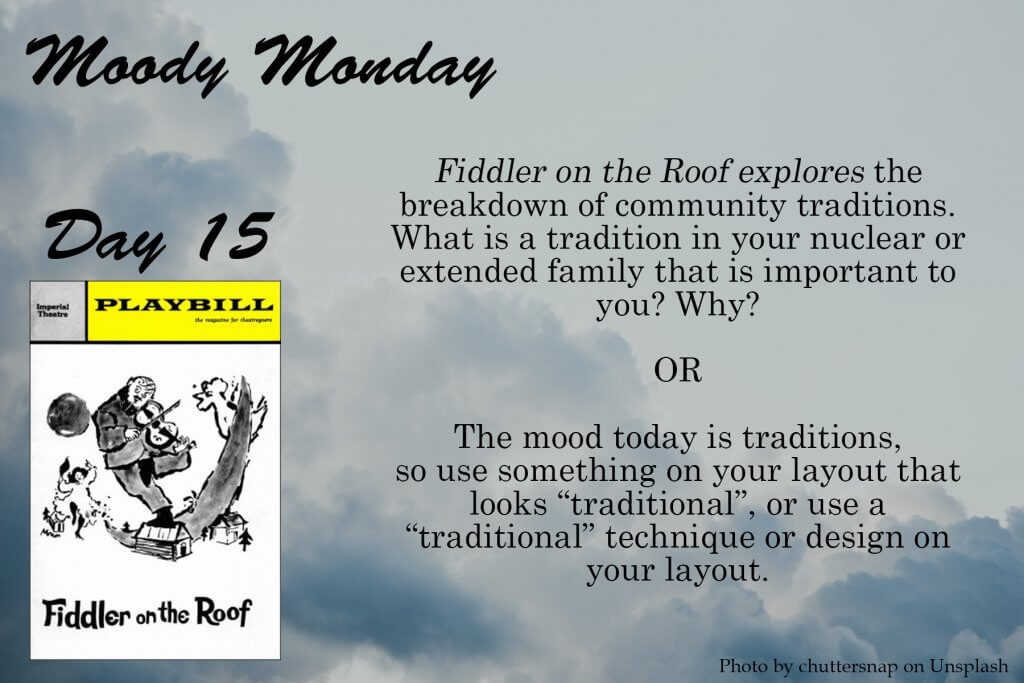 DESCRIPTION: When I think of Anatevka (this is the German name of the musical) I think of my father and husband who like to sing “if I was a rich man”. But money isn’t everything and so the tradition I focus on in my layout is that we love to spend time together as a family: we eat, play games, talk, talk some more, laugh and enjoy ourselves. Sometimes we meet because of an occasion like birthday, christmas, anniversaries, but we also have a cheese fondue day, an asparagus all you can eat get together – we are creative finding reasons to have fun. Because time goes so fast and it is important for us to spend time together, I made a circle and each quarter stands for a season: spring, summer, fall and winter. I used washi tape as a base and then got a bit carried away with embellishments. 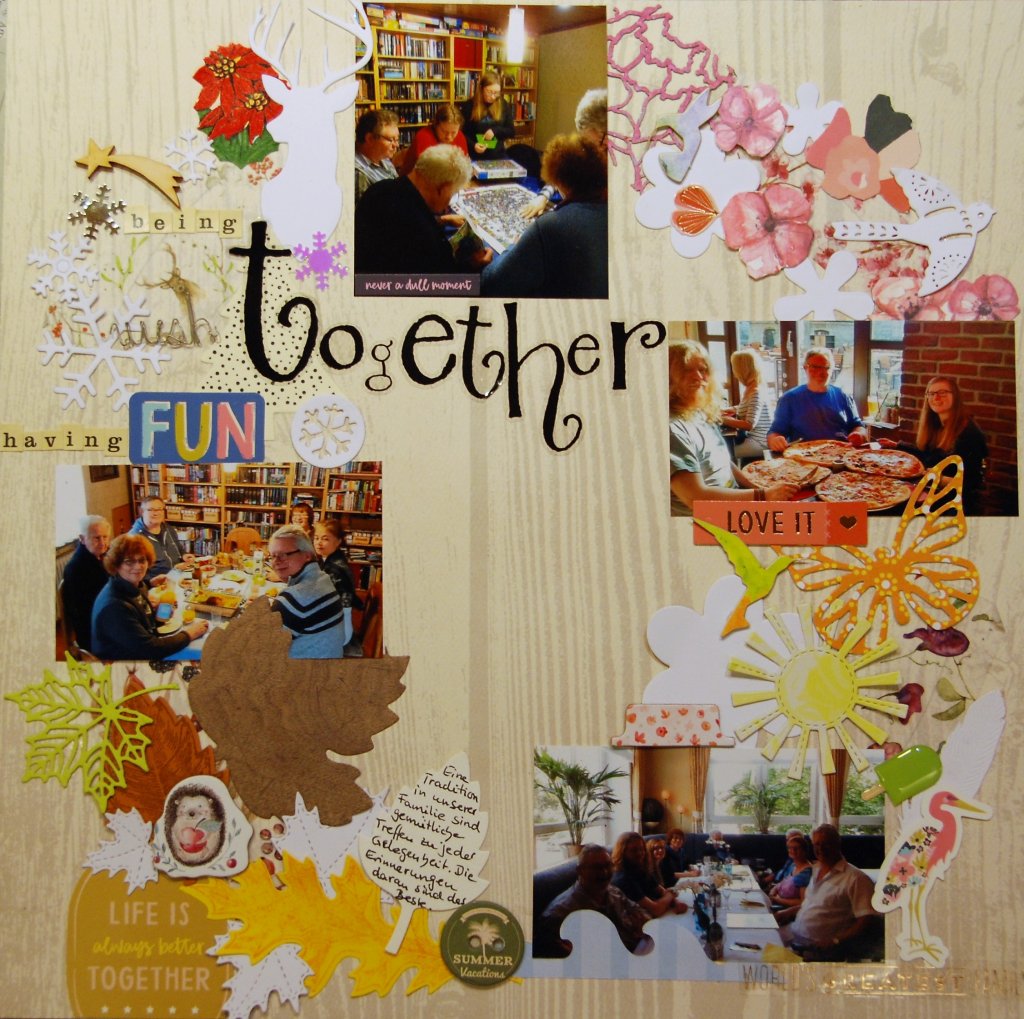 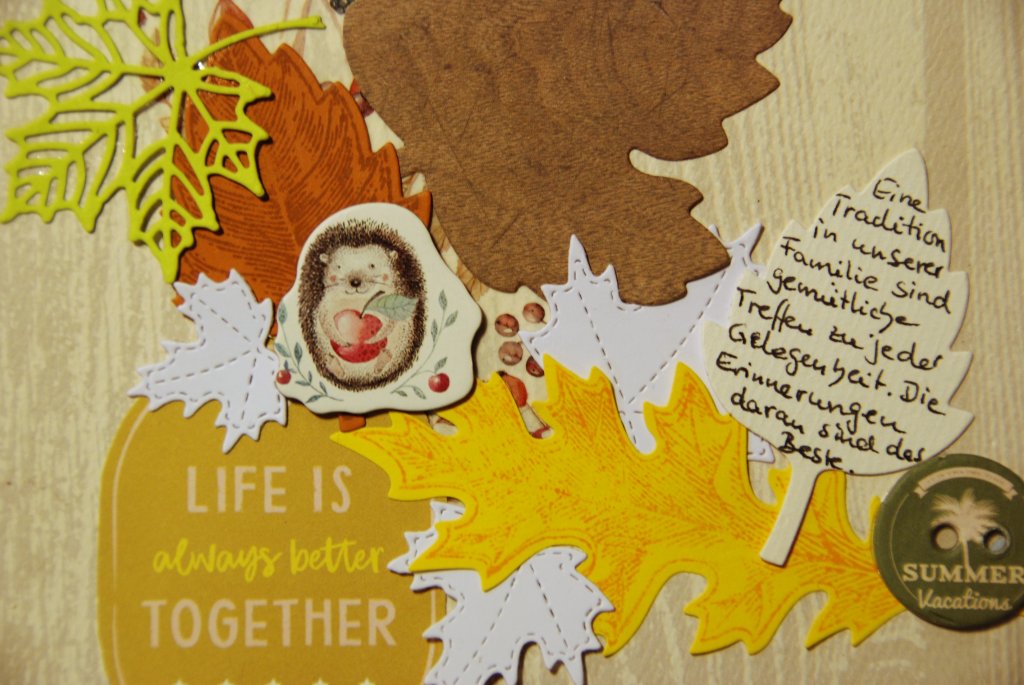 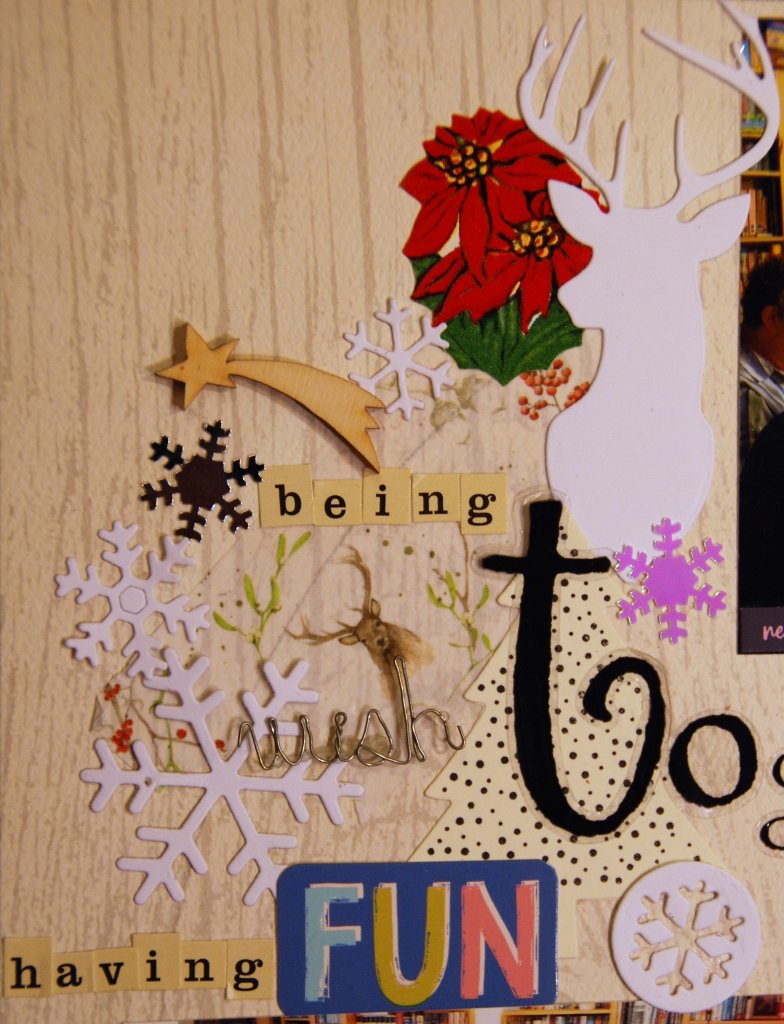