We’re halfway through the month and our Broadway adventure. Hopefully you’ve been belting out show tunes and creating beautiful layouts. If your mojo has begun to droop, here’s your wakeup call to start again and just do it. Don’t worry about the past, start from where you’re at. Make a layout today.

Grease became a surprise runaway hit that broke the record for longest-running show at the time, eclipsing Fiddler on the Roof. That record was later overtaken by A Chorus Line. Although older people did not like the vulgarity by the girls and the message that virtue is not all it’s cracked up to be, younger audiences enjoyed the satirical look at the 1950’s, the rock ‘n’ roll culture, and the bouncy songs and choreography. The story follows the love story of greaser Danny and proper Sandy, who eventually conforms to the high school culture. Barry Bostwick originated the role of Danny Zucker but the role was eventually played on Broadway by nine different actors. John Travolta, who starred in the 1978 film, played Doody in the first touring company.
https://www.ibdb.com/broadway-production/grease-3641
https://www.youtube.com/watch?v=lnEdpAcFKFk (original stars Barry Bostwick & Carole Demas perform “Summer Nights” on 10 year anniversary of show for PBS) 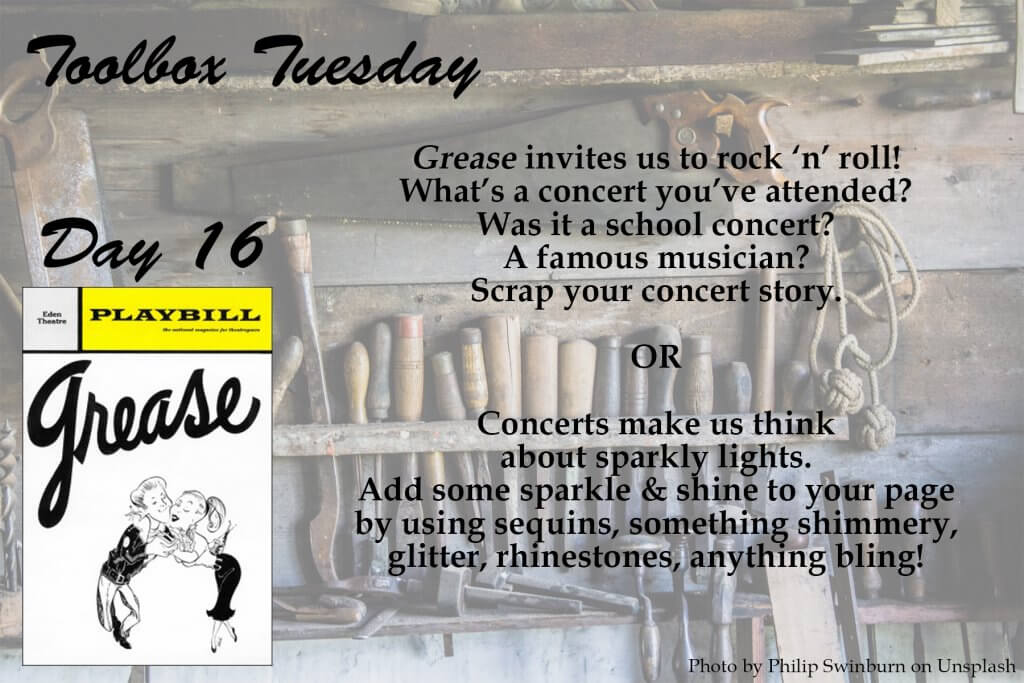 When I received the prompt, I immediately thought of a ‘Grease’ inspired layout but nothing sprung to mind. The prompt mentioned going to a concert, so I immediately thought of a concert I had  been to with my kids. I take heaps of photos at concerts, trying to get clear photos of the bands but we were quite high up for this one (didn’t stop me). I decided to use them as background and printed them as thumbnails and cut them out. I printed only 4 large photos.

I had some ephemera from this concert and wanted to use that too, so I decided on a double layout.

I cut music notes and stars on my Scan n Cut, using both glitter and holographic cardstock to emulate the lights. I had the chipboard embellishments from years ago – the guitar and ‘ROCK’ came off a birthday card I had made for my nephew (he gave it back to me 😊).

I have an element of this layout that I don’t like – I stuck the patterned paper behind the photos and attached the notes etc to it. I realised I didn’t like it afterwards but everything was glued so I couldn’t easily remove it. Over the years, I have realised that no one else will look at this and go ‘eww’ – so I left it. I feel the busy effect of the RHS page actually matches the concert. It was LOUD. I looked at it the following morning and didn’t hate it as much, so in 6 month’s time, I am sure I will like it! 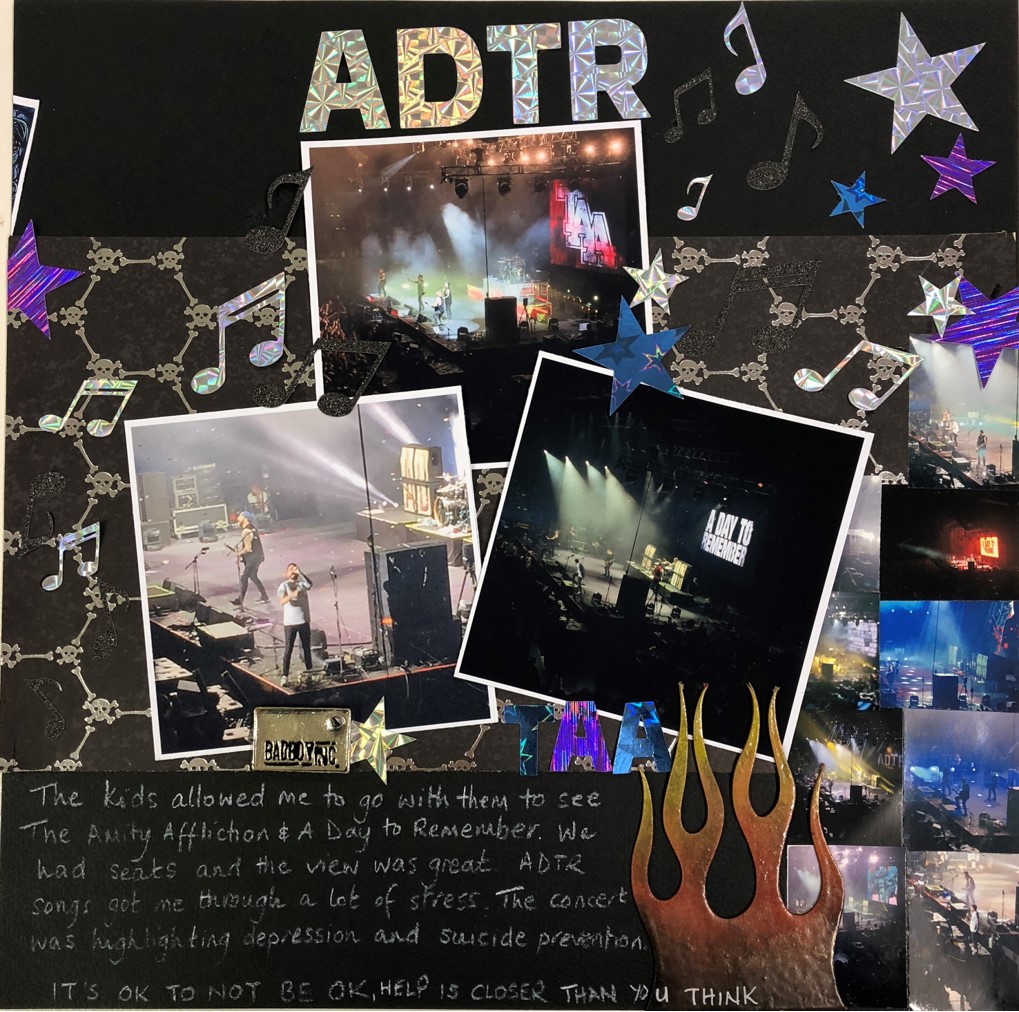 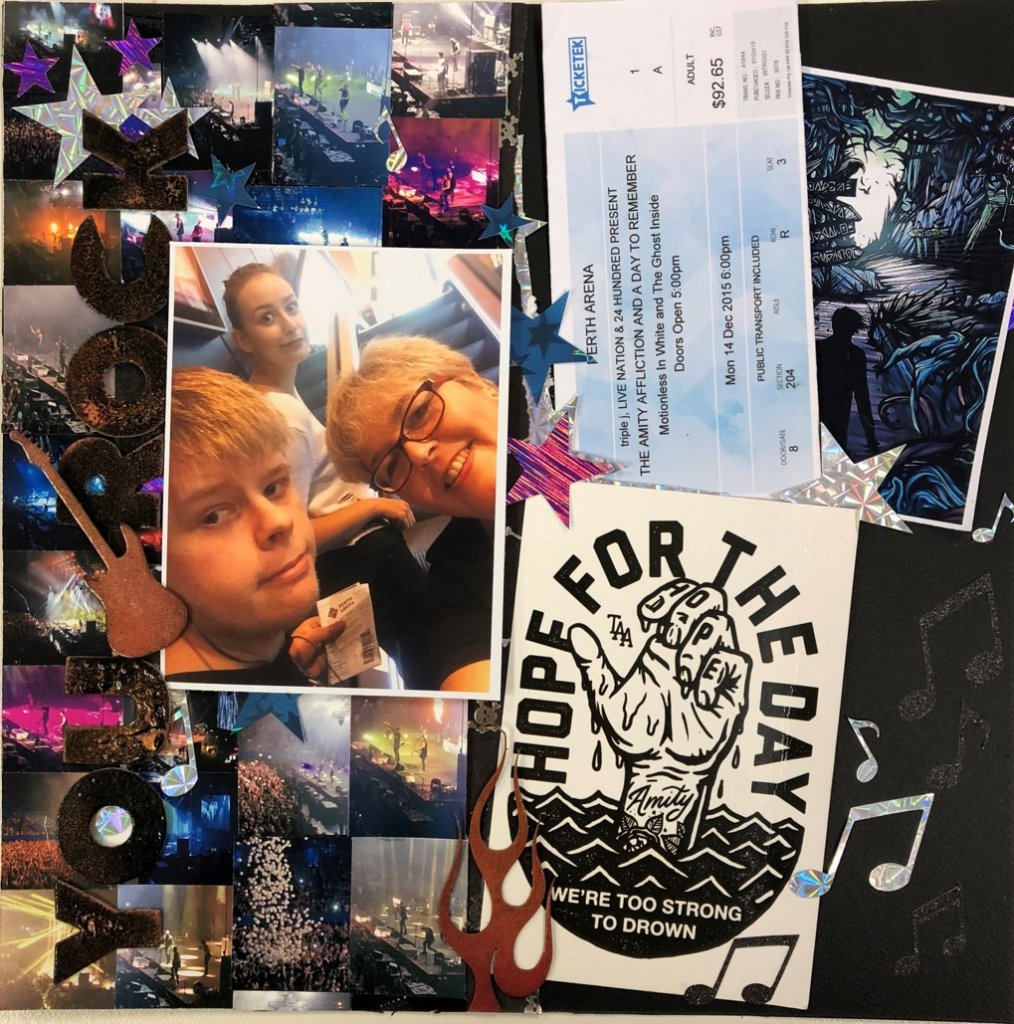 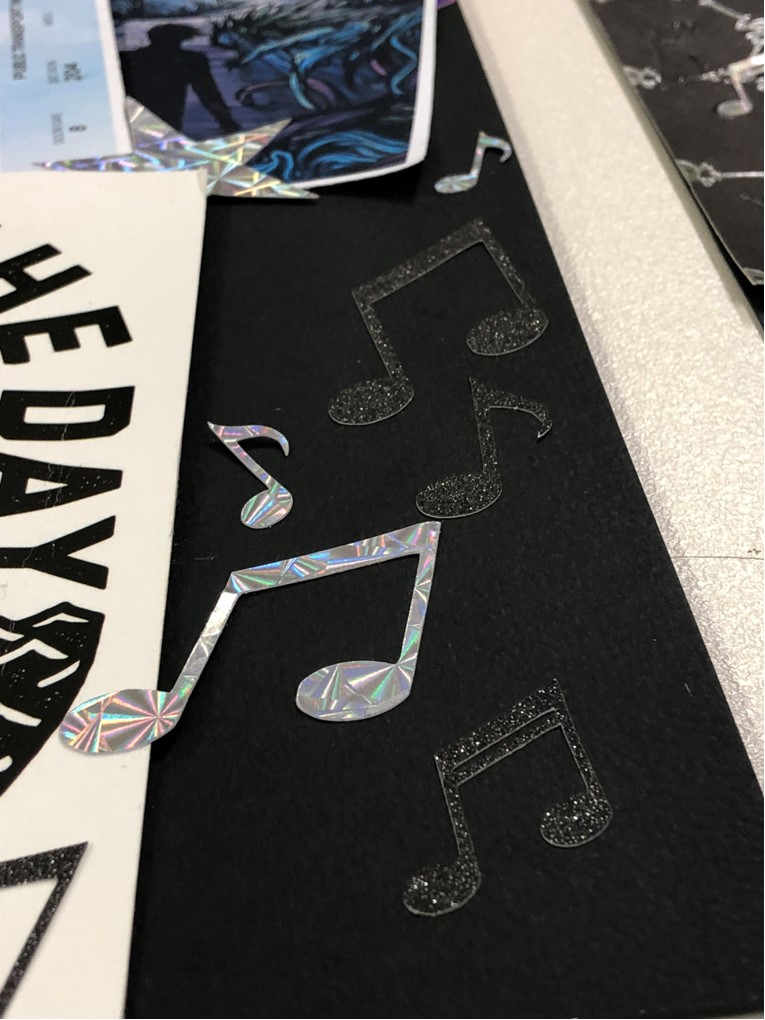 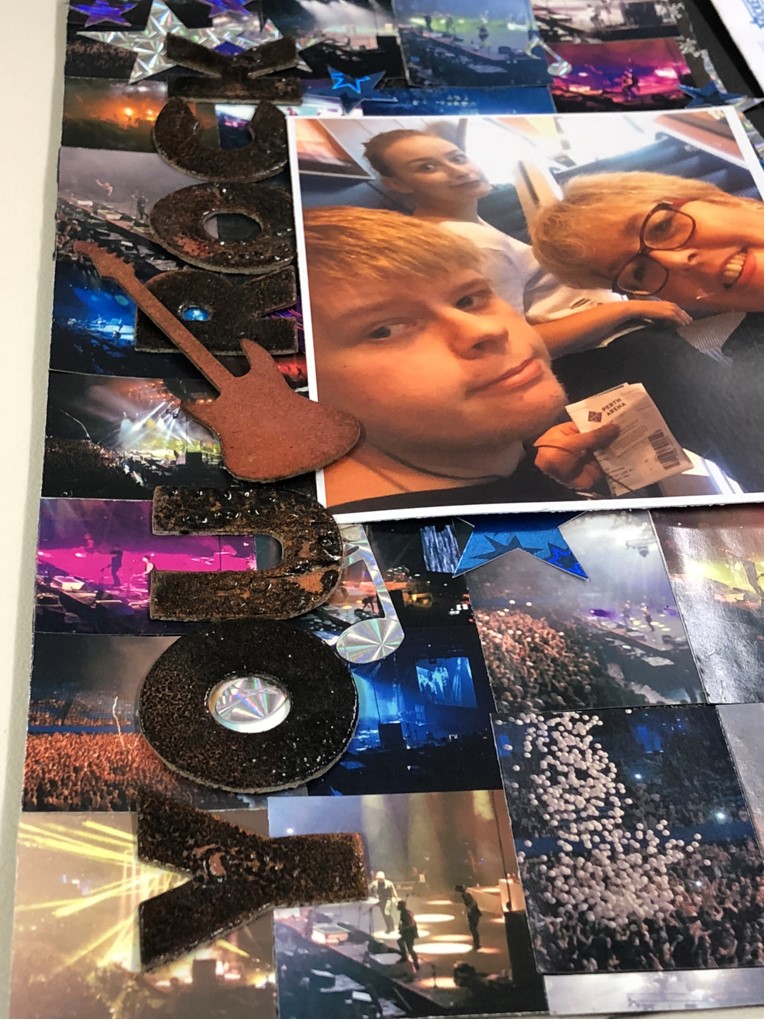 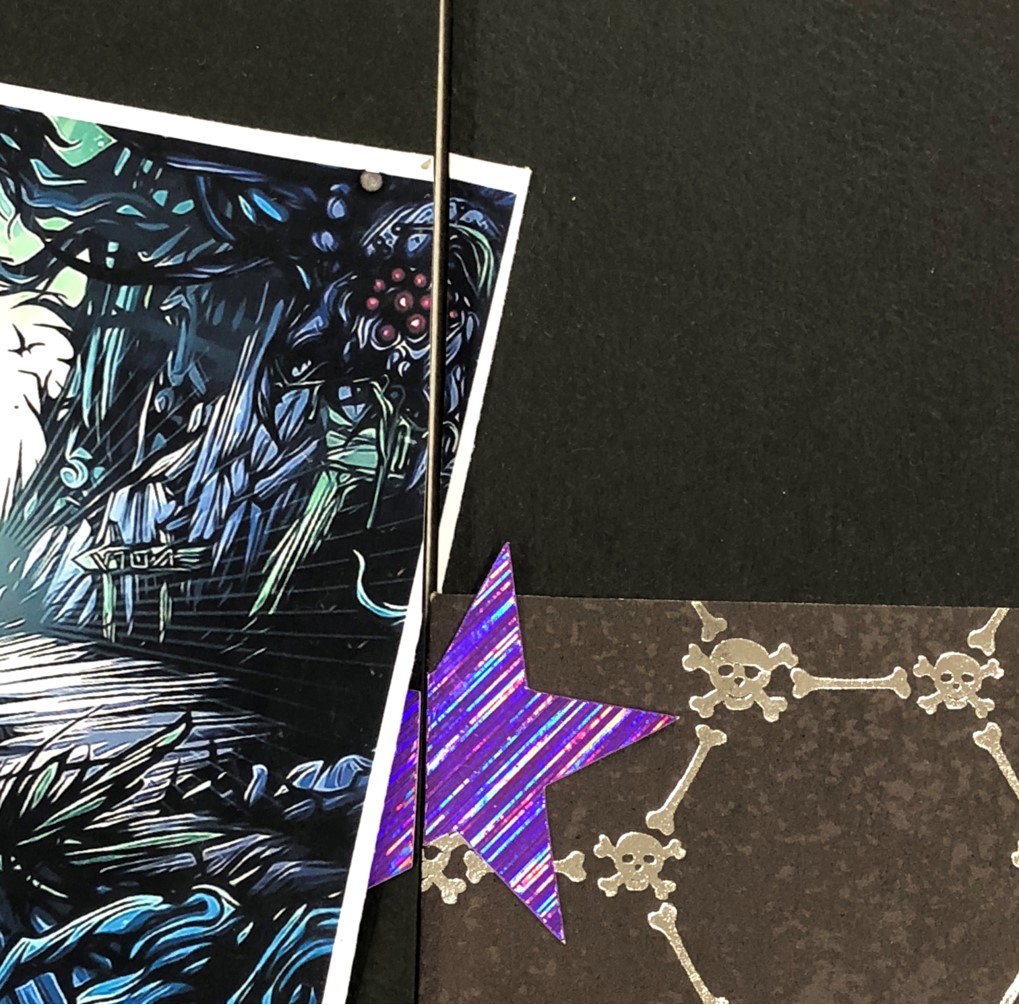