Annie is an original story based on the popular newspaper comic strip “Little Orphan Annie”. Set during the Depression in New York City, the story centers on a young orphan who encounters a miraculous parent-figure in the billionaire Oliver Warbucks, who in turn becomes very fond of her and wishes to adopt her. To achieve their happiness, they must overcome the plot laid out by the evil Miss Hannigan who runs the orphanage where Annie has been living. The show is about courage and optimism in the face of hard times and audiences loved it so much that it became the third longest-running musical of the 1970’s, and garnered seven Tony Awards, including Best Musical. Music by Charles Strouse, lyrics by Martin Charnin.
https://www.ibdb.com/broadway-production/annie-3996/
https://www.youtube.com/watch?v=ZU2ZaaDQOag (original cast performs a medley of songs at Tony Awards) 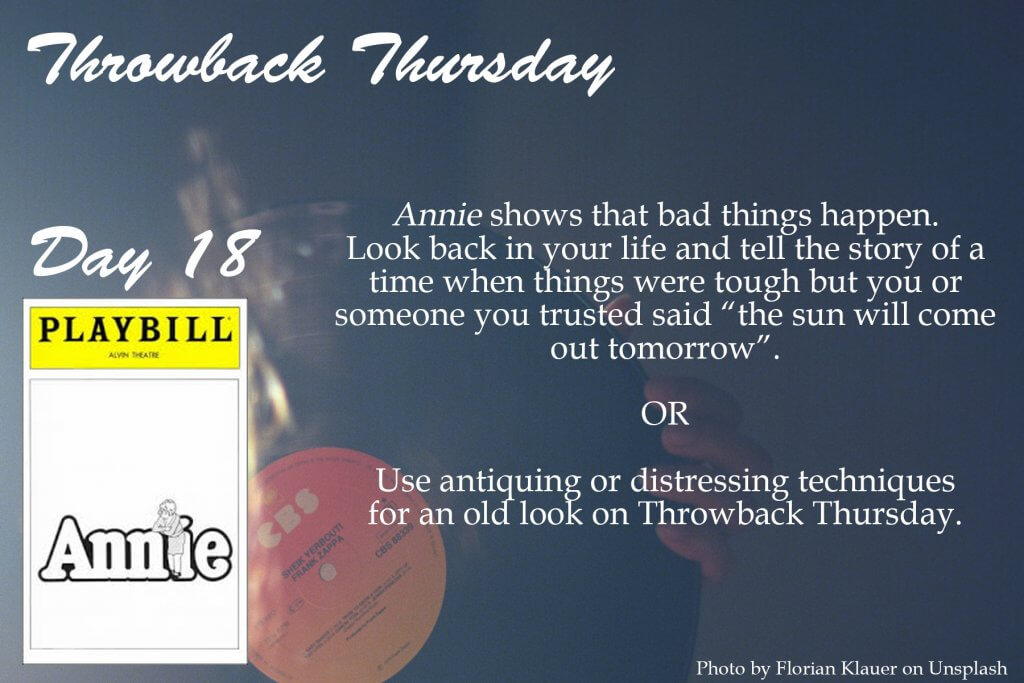 When I heard the prompt it took me a little while to decide what to do. I kept coming back to my friends who helped me through my moms death and funeral and still help me today. They were a reminder that although today is hard, I will get through it, and they will be there to help me and that there is joy in living. I rarely used vintage style but decided to just go for it for this prompt. I had some vintage elements from several different kits that worked well with the photo.
The journaling reads:
Life has a way of throwing you a curve ball. That is what happened when my mother died somewhat suddenly. However, life also sent me angels, friends who have known me for years, came from near and far to help me through. From the day of her death, to planning and at the funeral, to the days, weeks, months since. Friends I can lean on and share my feelings with. They helped to remind me of  the good times, and that more good times were ahead, just hang on. 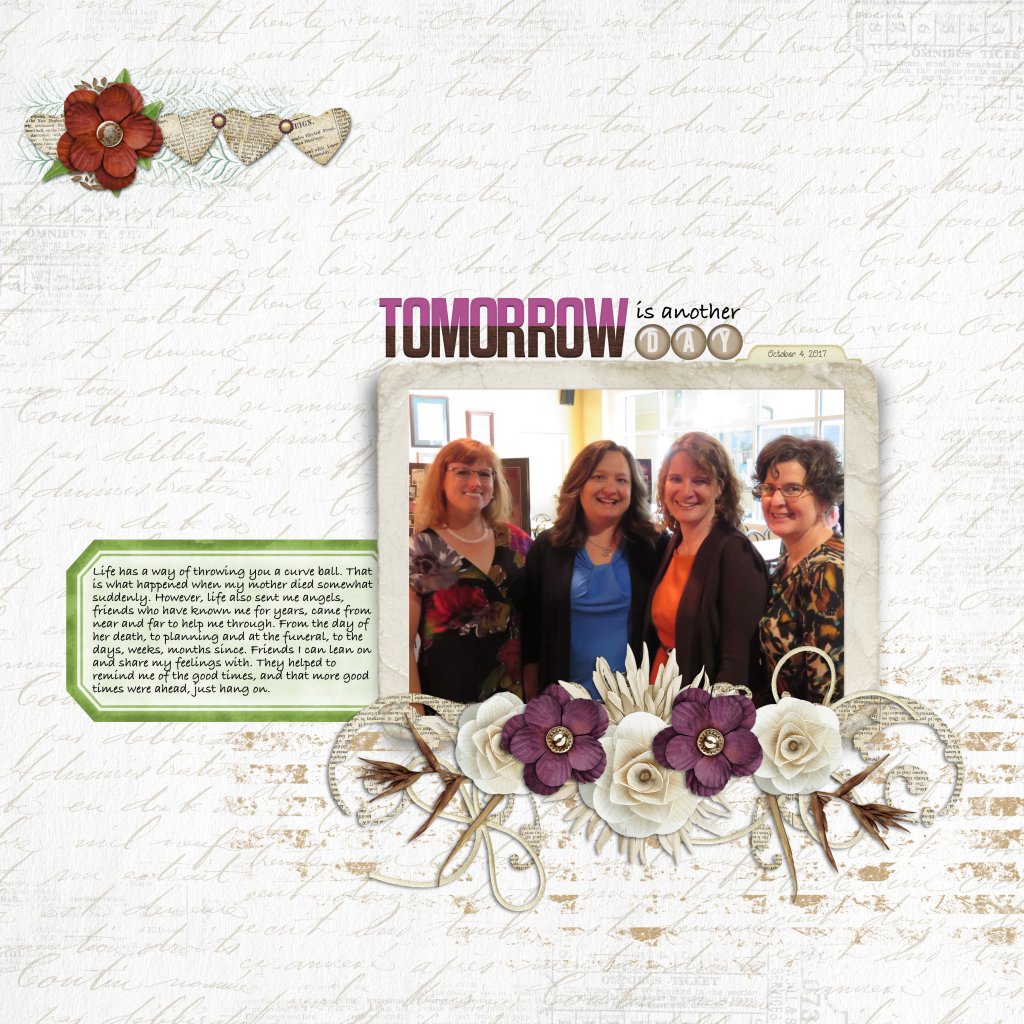