Wicked opened in October 2003 and is still running on Broadway with touring companies and sit-down productions in several cities. It is currently the sixth longest-running show and is Broadway’s second-highest grossing show behind still-running The Lion King. It is based on Gregory Maguire’s novel of the same name and features music & lyrics by Stephen Schwartz. The story of Oz is told from the perspective of the witches, namely Galinda and Elphaba, who become roommates in college, but their lives grow apart as they discover the corruption in the Wizard’s government causing discrimination against the talking animals. All the characters we know and love from the original novel by L. Frank Baum and the 1939 Judy Garland movie get backstories that are different from what we imagined. The show was nominated for ten Tony Awards and garnered three: Best Actress for Idina Menzel, Best Scenic Design, & Best Costume Design. The original cast recording received a Grammy Award.
https://www.ibdb.com/broadway-production/wicked-13485
https://www.youtube.com/watch?v=2fR4JotwwWo (Original cast members Idina Menzel & Kristin Chenoweth sing “For Good”) 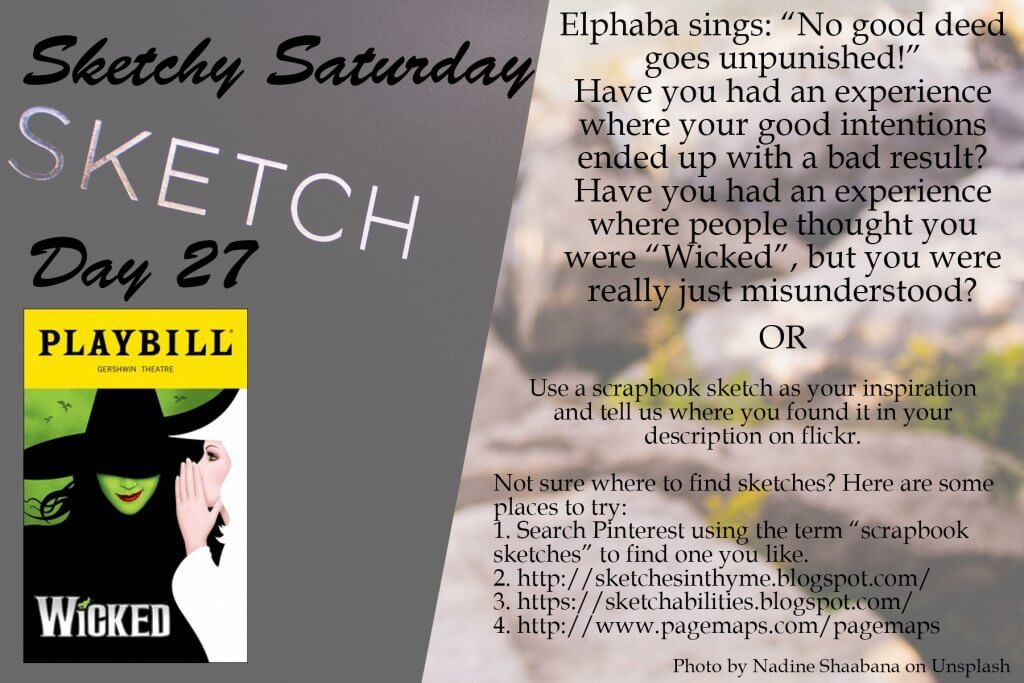 I chose to go with the sketch and scrapped some pictures that I’ve had for awhile.  Since I only had the papers from this collection, I made embellishments by fussy cutting some flowers from a sheet of patterned paper and added some Stickles for a little sparkle. I also changed the sketch a little because I had three pictures instead of two. I relocated the journaling to the top of the pictures.
Journaling:
We climbed the steps of the 65 foot tall watch tower at the Key West Shipwreck Museum to get the best view on the island.  From there, you can see the ship’s channel, Tank Island (Sunset Key), and Christmas Tree island.

The sketch is from the Spring 2018 Issue of Scrapbook and Cards Today Magazine.  All of their sketches are available for free online. Link to this sketch: https://scrapbookandcards.com/spring-2018-sketches/

Leave a comment on the Day 27 Prize Alert thread in the Flickr discussions to be entered to win a two pack of stamps from Spellbinders. 4 prizes available! Draw to take place during November Happy Hour. Good luck! 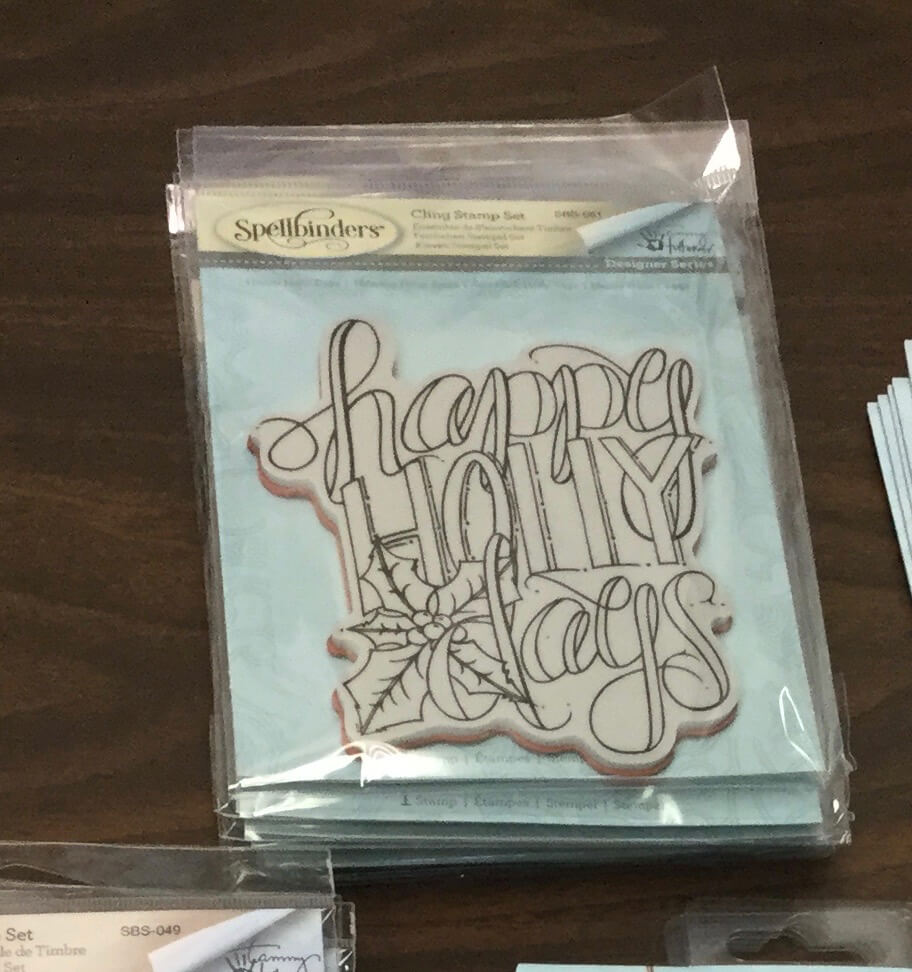 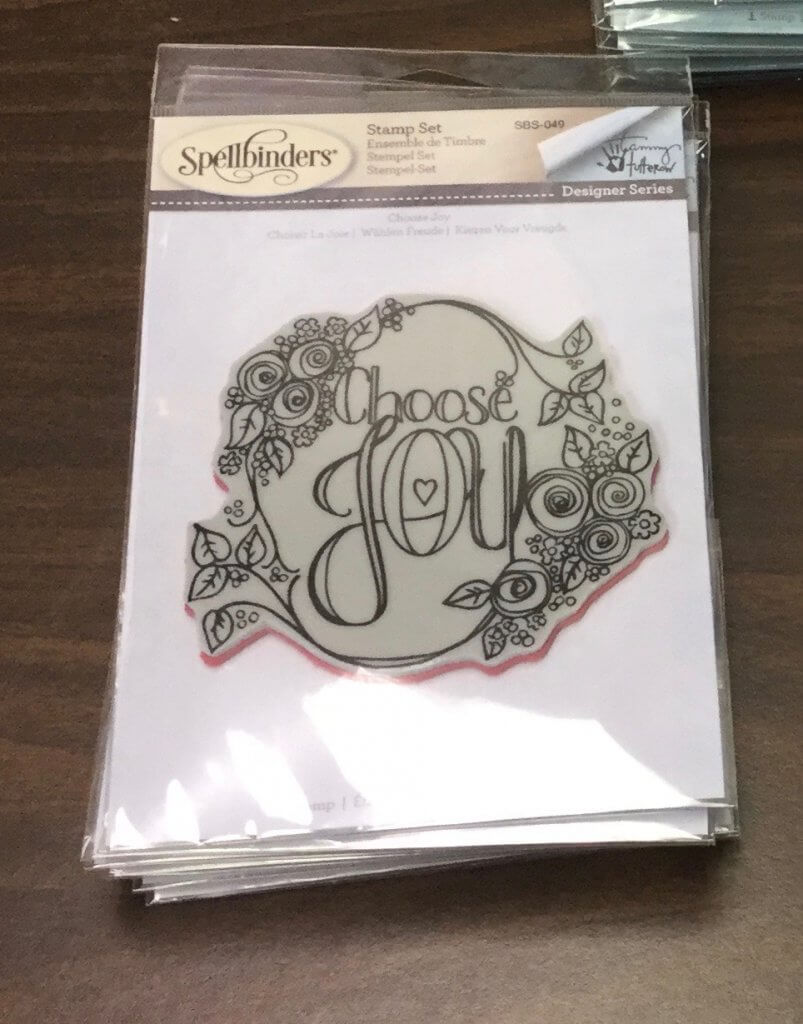