Kinky Boots is based on a 2005 film that in turn is based on true events. A young man in England inherits a shoe factory that is becoming obsolete and he transforms it after meeting a drag queen who needs sturdy thigh boots with strong heels. Charlie Price, the factory owner, and Lola, the entertainer, discover through their collaboration that they can be friends and learn about tolerance and respect from each other. The film was a musical, but the Broadway show has a new book written by actor Harvey Fierstein and new music & lyrics by rocker Cyndi Lauper. It was nominated for thirteen Tony Awards and won six, including Best Musical, and Best Score which made Lauper the first woman to win alone in that category. Although the critical reviews were mixed for the show, audiences responded to its upbeat music and energy, plus its feel-good message of diversity and self-acceptance. It is still running at the Al Hirschfeld Theatre with over 2000 performances.
https://www.ibdb.com/broadway-production/kinky-boots-493287/
https://www.youtube.com/watch?v=-EoXr07bmAs (Original Broadway Cast at 2013 Tony Awards) 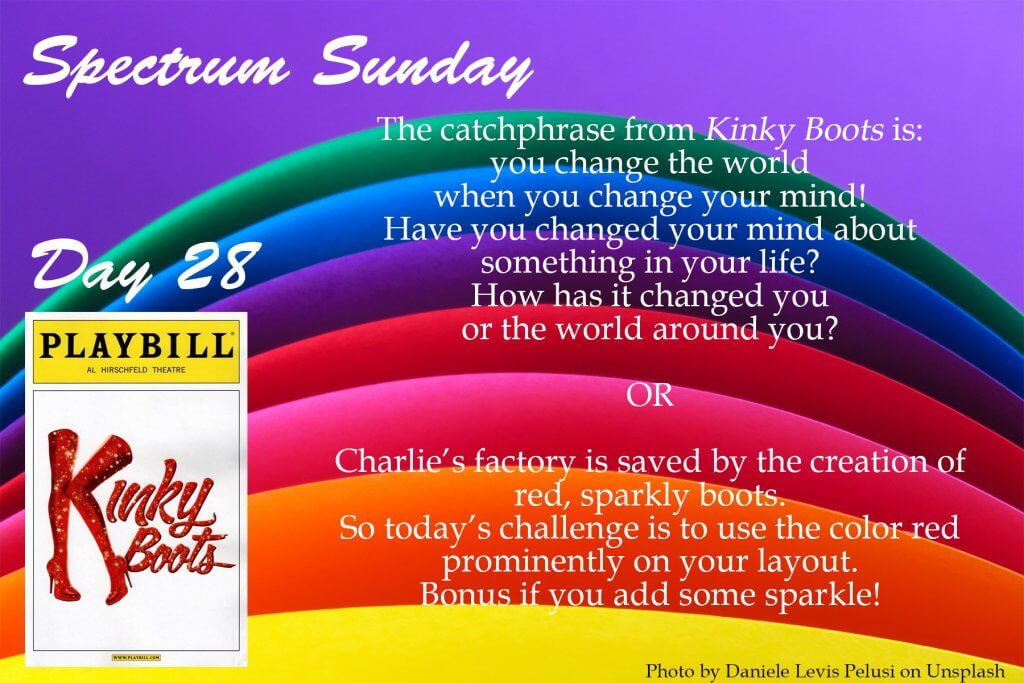 I was not comfortable with this prompt until about 120 minutes before the submission deadline for this page. I didn’t have a pair of kinky boots. I didn’t have an odd pairing (other than the one we already scrapped during one of the recent LOADs I think it was) that worked well together in order to overcome adversity. I hadn’t been able to think of a (novel and non-scrapped) way that my world had changed after choosing to change my mind about something. What to do, what to do??! Then I chose to change my mind to think instead about the technique part of the prompt. Once I got ruminating about heavily featuring red, some boots, a bit of sparkle (pixie dust, perhaps?), the story and page idea came flooding to my mind’s eye! After finding an appropriate template (sketch) the page came together relatively quickly. Peter Pan and his adventures have always been near and dear to my little family’s heart, so I’ve amassed quite the digital scrapbooking stash to be able to scrap almost any Neverland occasion. I loved looking through all of my kits and finding just the right element to include in the clusters, and absolutely love how Peter’s hat nestles so perfectly into my title work.

Journalling reads: Once upon a time, there was a woman who decided to never (fully) grow up. Luckily for her, she had fallen in love with a dastardly handsome man who loved her so much that he, along with their three (lost) boys, indulged her in her quest to be the best dressed in group costumes on Halloween at Disneyland Paris in 2012. In truth, the eldest originally had the idea of being Peter, and the rest was easy to suss. Wendy was touched that the youngest, whom she had originally thought would jump at the chance to portray Michael Darling (sporting footed PJs and complete with teddy in hand), insisted on donning a pair of golden spectacles and a pair of Tick-Tock Croc socks to be his Dad‘s right-hand (er, hook!) man. Within Fantasyland that day, we were treated like absolute royalty, and were escorted to the front of the line at Peter Pan‘s Flight ride without waiting in the queue. It was a dream come true – I felt as if I could fly!
Credits: Template: Blue Heart Scraps – Possibilities Template 1. Design Credits: Natalie’s Place Designs – Never Neverland, Amber Shaw and Studio Flergs – Believe in Magic: Never Land, Wendyp Designs – Neverland, and Britt-ish Designs – Never Grow Up. 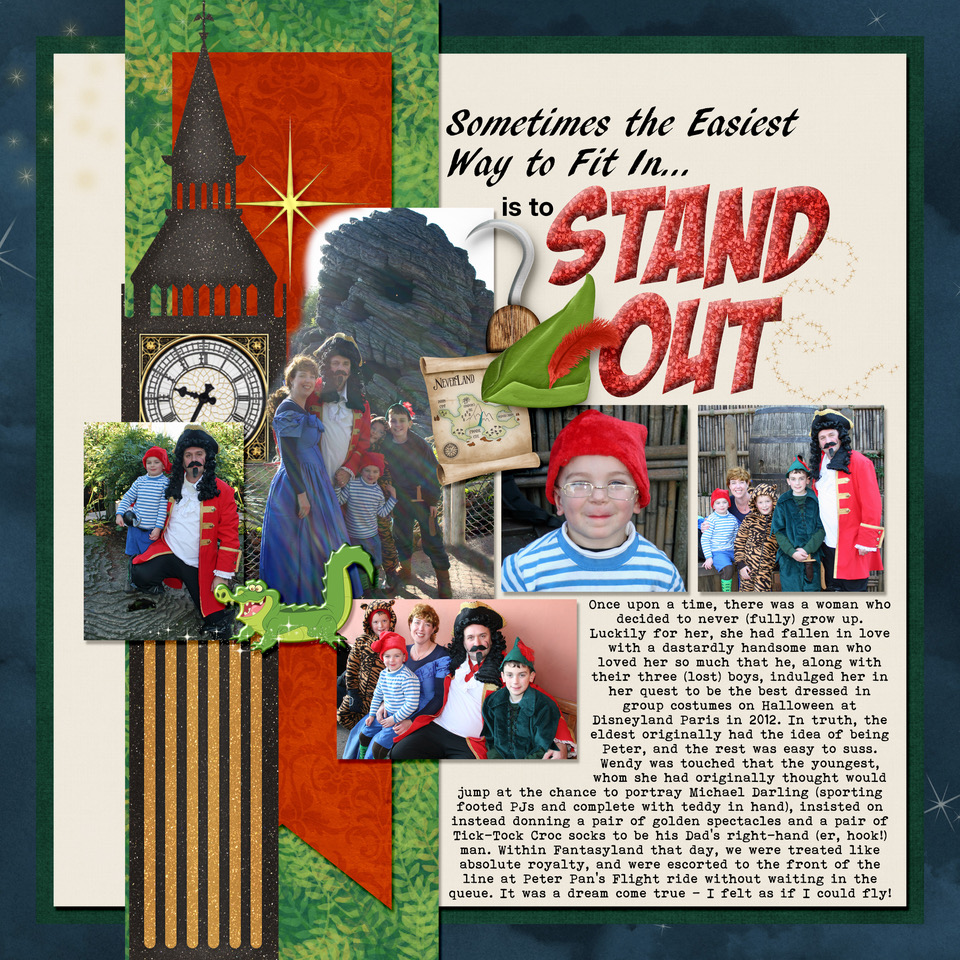 Leave a comment on the Day 28 Prize Alert thread on Flickr to be entered to win a $25  Disney Gift Certificate from Karen Fitting of Marvelous Mouse Travels. Draw to take place during November Happy Hour. Good luck! 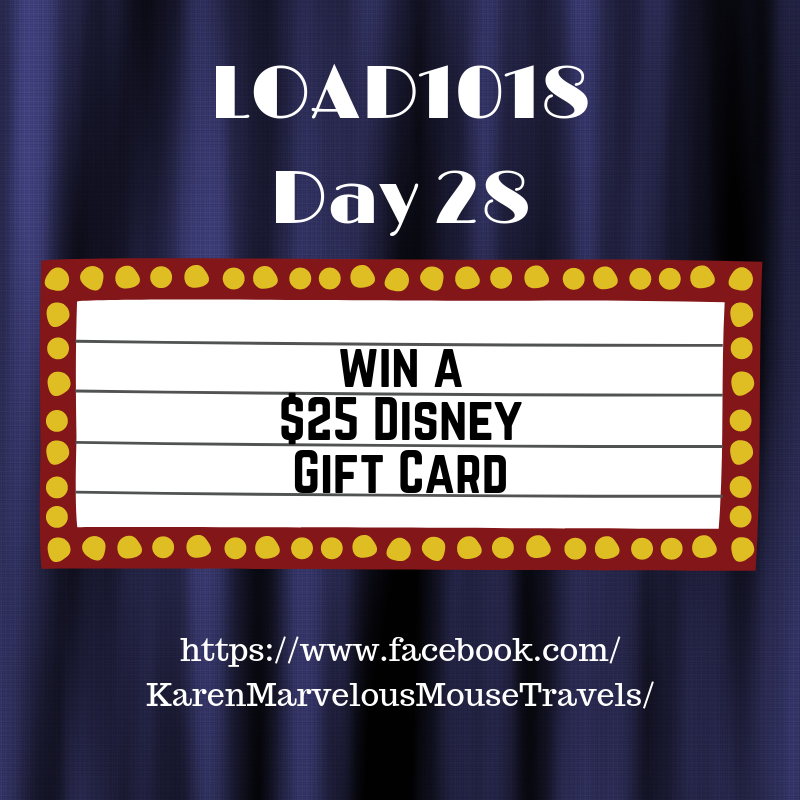