This Broadway & pop-culture phenomenon was inspired by the Ron Chernow biography, Alexander Hamilton. Lin-Manuel Miranda, who was responsible for the award-winning Broadway musical, In the Heights, wrote the book, music & lyrics for Hamilton. It is a through-sung show that opened on Broadway in August 2015 and is currently running to consistently sold-out performances. The show received a record-setting sixteen Tony Award nominations and won eleven, including Best Musical, Best Book & Original Score awards for Miranda, plus the Pulitzer Prize for Drama to Miranda, and a Grammy Award for the original cast recording. The show is also well-recognized for its diversity in casting actors of color for most of the roles, thus showing that America is a nation of immigrants and the story of the country’s founding is a universal one.
https://www.ibdb.com/broadway-production/hamilton-499521
https://www.youtube.com/watch?v=639vfDnhOVw (Original Broadway Cast at 2016 Tony Awards) 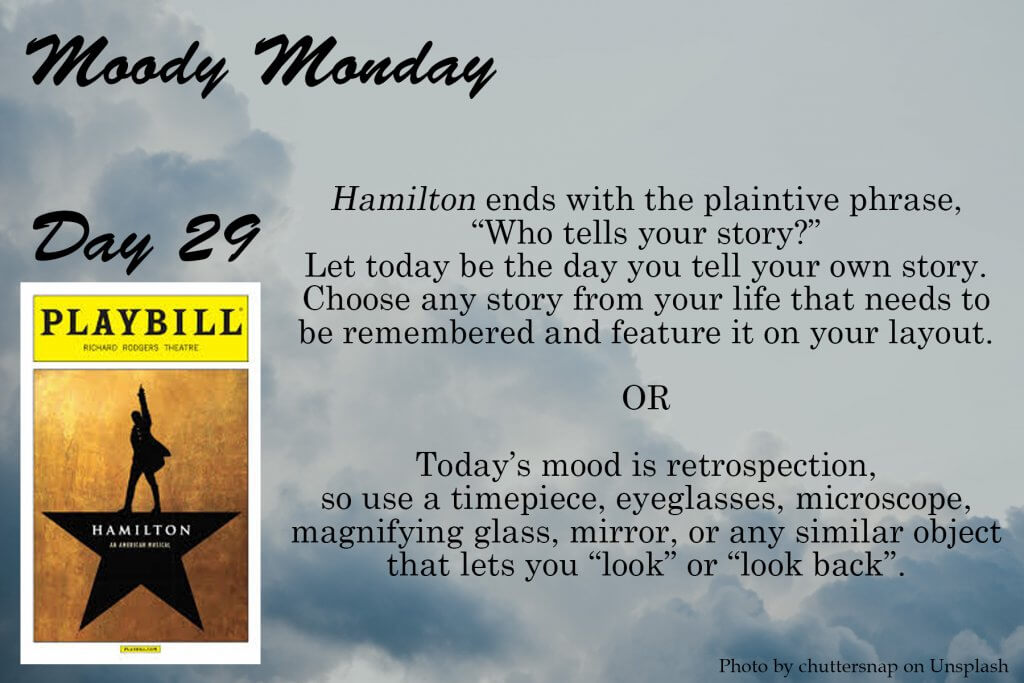 I used the inspiration from the technique prompt to inspire this layout. I’ve never scrapped about getting my first pair of glasses.

I didn’t have a photo from that specific day, but I found a photo from the right time. I’m pretty sure those are my first glasses, if not, it’s close enough. Lol!

I used a Donna Downey template to create an artsy sprayed background with a lot of colour.

I created my title to look a bit like an inverted eye chart using alphas of different sizes, and I echoed that with the shape of my journaling underneath. 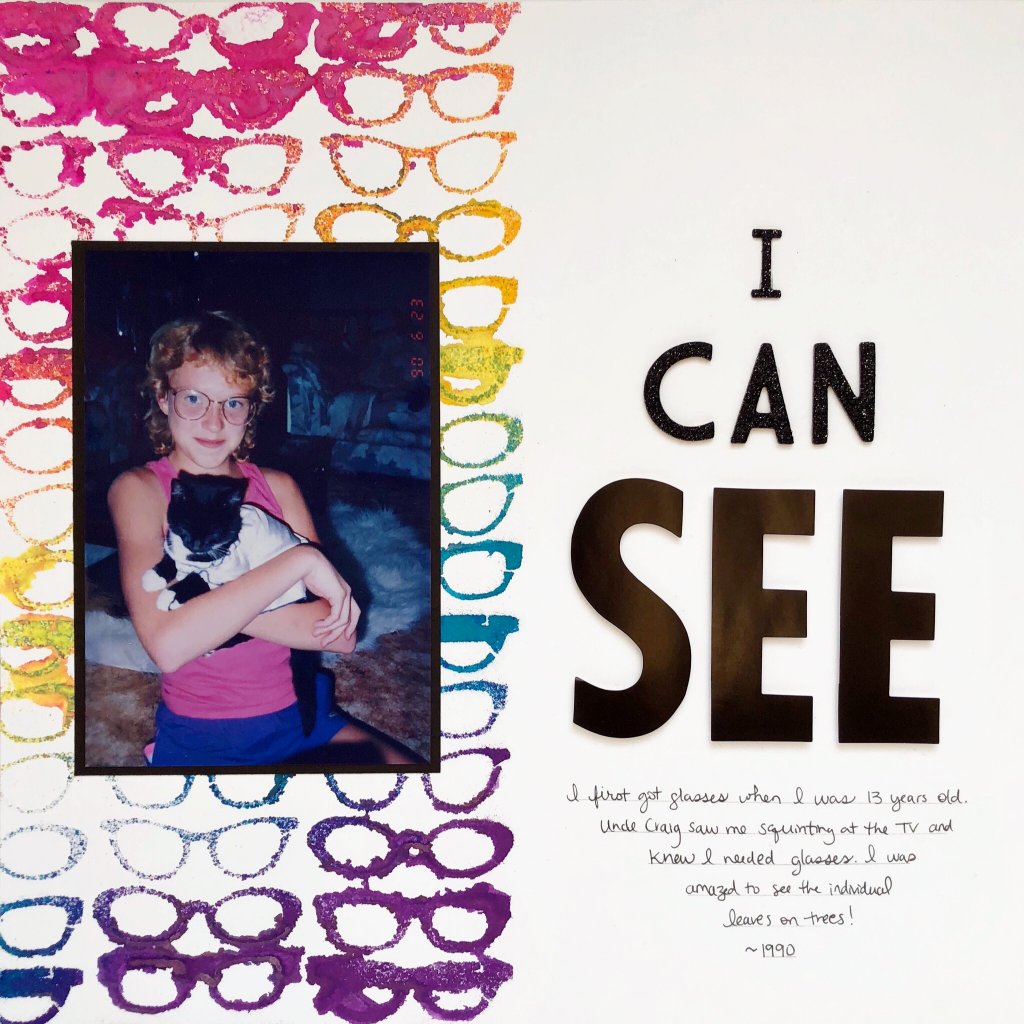 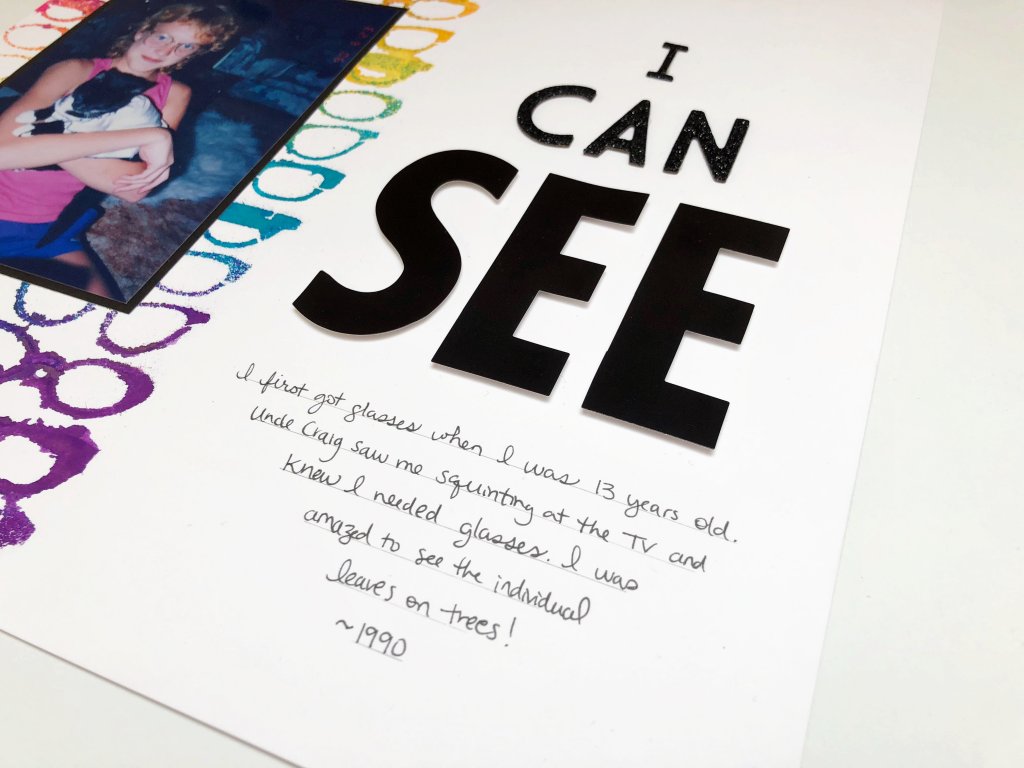 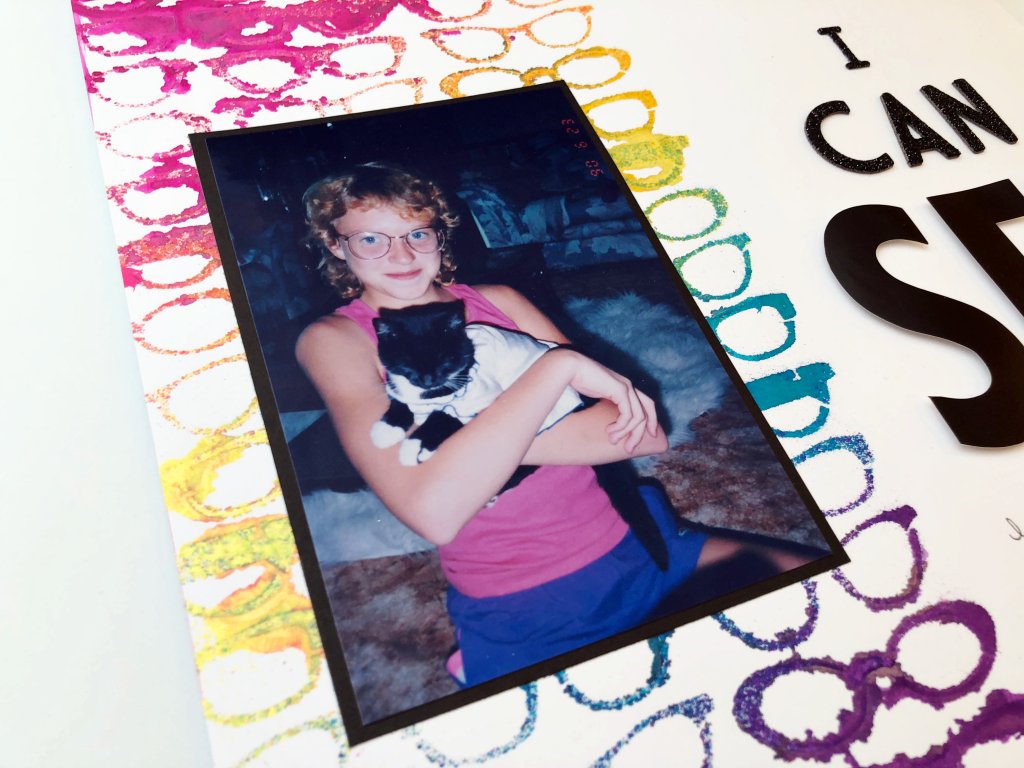