Winner of six Tony Awards and nominated for nine, Dear Evan Hansen won Best Musical and became a standing-room only show on Broadway. It opened in December 2016 and is currently playing to capacity crowds. The music & lyrics are by the songwriting team of Pasek & Paul, who have other Broadway credits and are quickly becoming a hot commodity for producers of upcoming shows. The show deals with a lonely teen facing social anxiety who unwittingly gets caught in the story of a fellow student’s suicide. He stops being invisible and then compounds the accidental deceit by going along with it. The viral spread of information on the Internet makes his story well-known and he is torn between the feeling of belonging he now has and the need to be truthful. It is a modern story that confronts youth suicide, teen acceptance, and the impact of social media.
https://www.ibdb.com/broadway-production/dear-evan-hansen-508238
https://www.youtube.com/watch?v=jEmPrKxN3vk (clips featuring original cast) 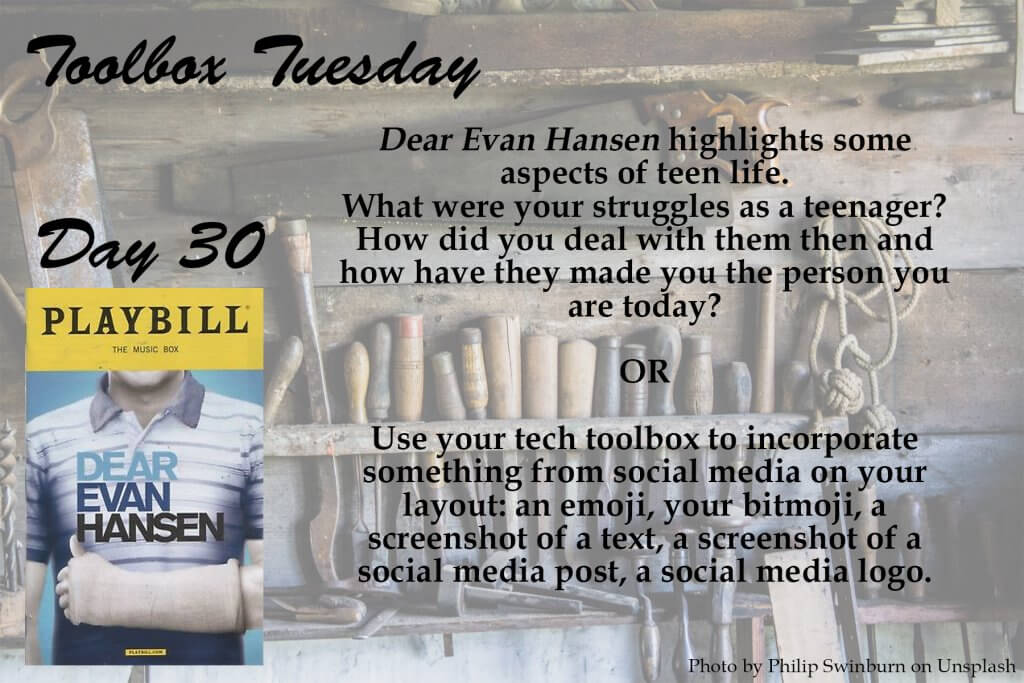 This is a picture of my son expressing himself on Instagram.

EXPLANATION: I decided to use the technique prompt on this page. I used emojis in my journaling and my son’s post on Instagram also included his favorite emoji, the smiley face. Tyler, my son, just started using Instagram. When I was deciding what picture to use for this page, I saw this recent post Tyler had made. I thought I need to use this post as my picture because he isn’t smiling. He is always smiling and this picture made me laugh a bit to myself. I wanted to mention that I was inspired by the. Scraphappy sketch from November 2016. 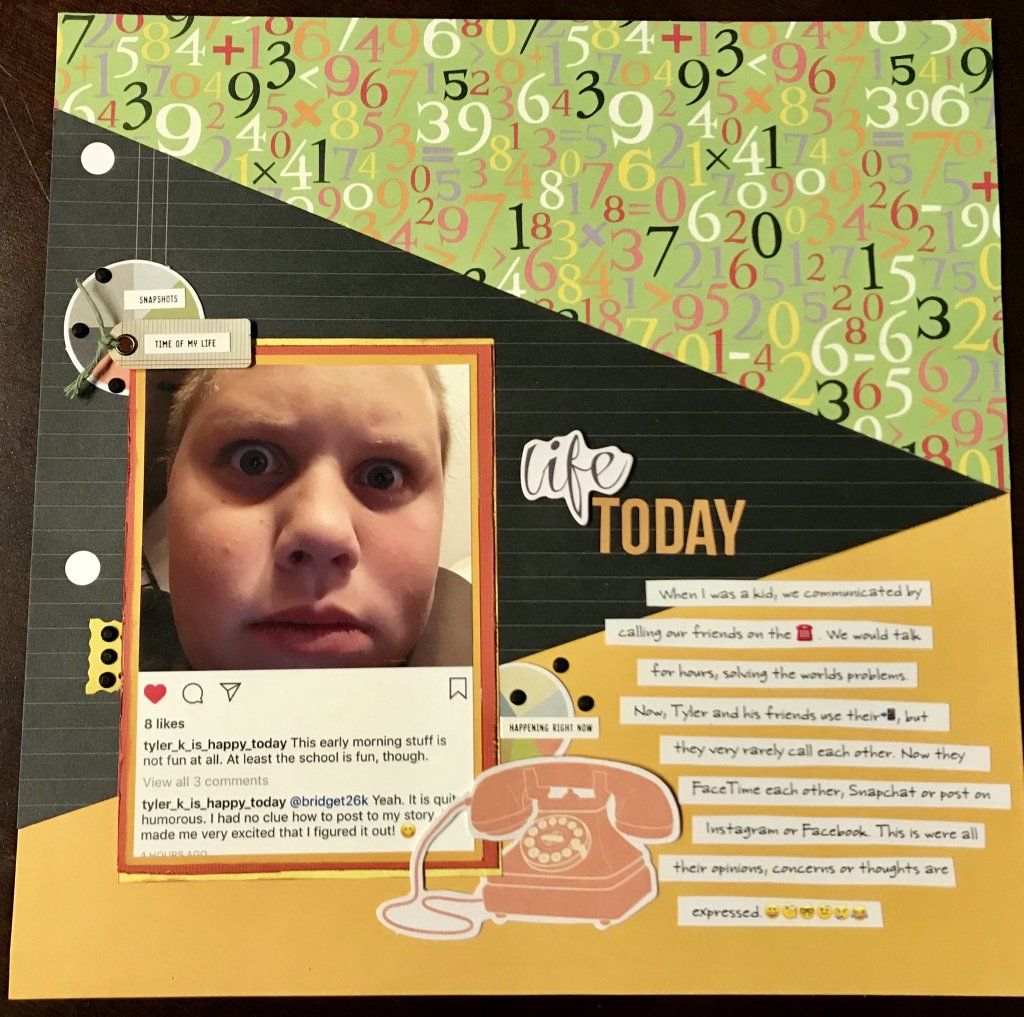 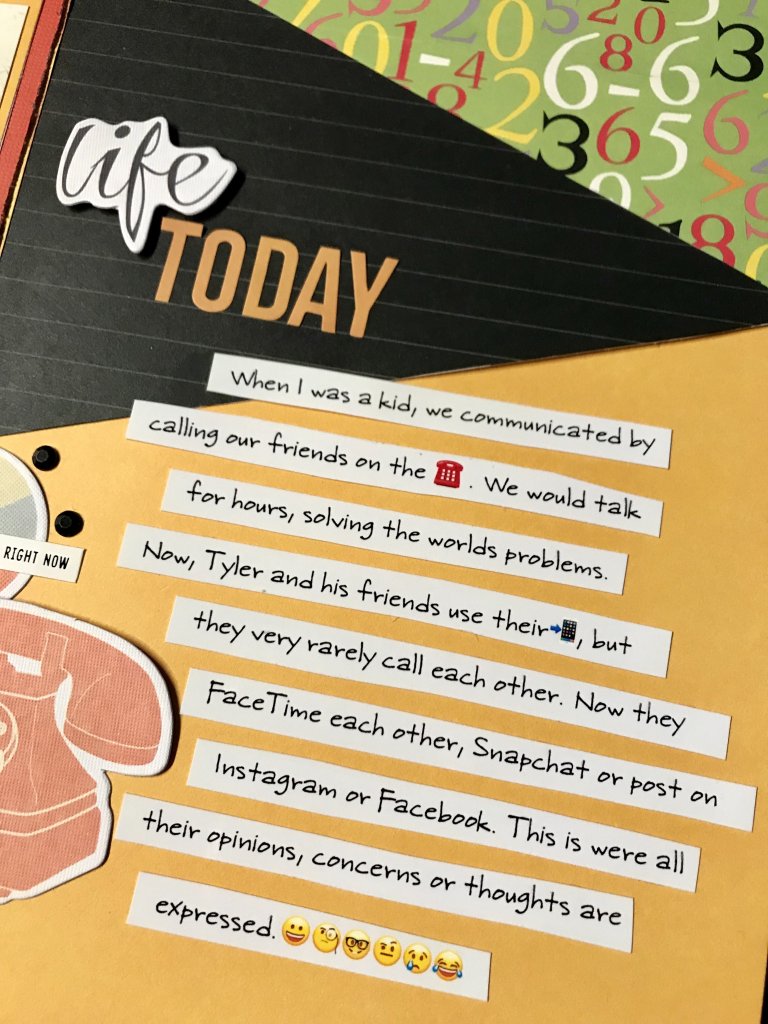 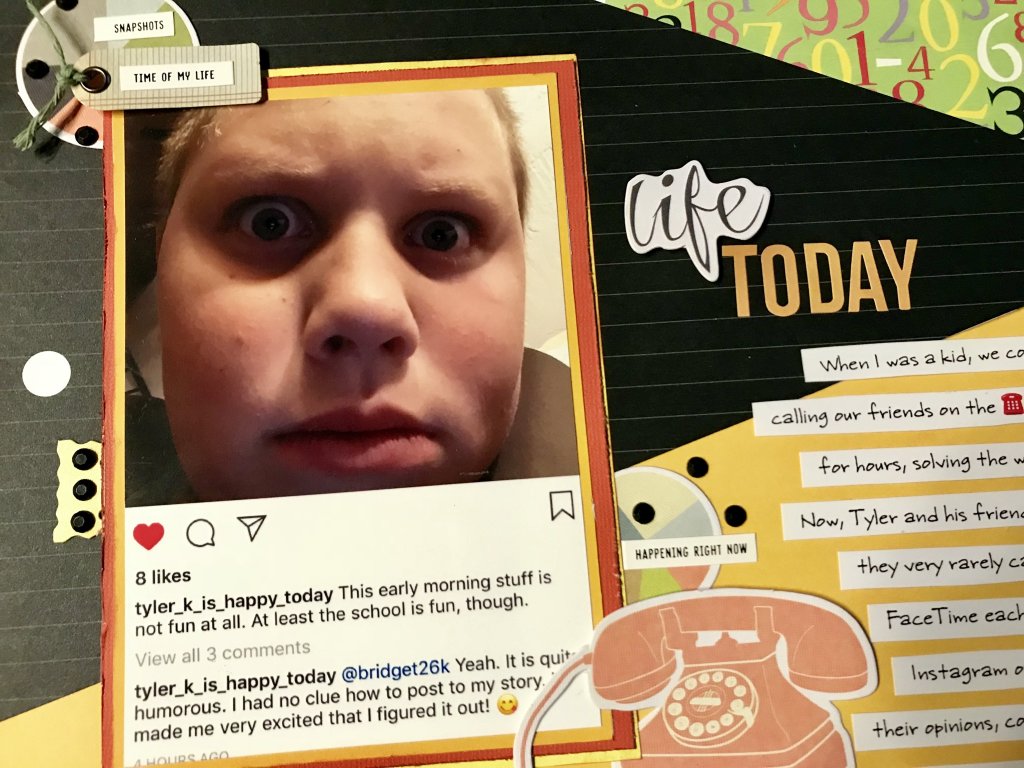