And so we come to the end of another LOAD adventure. We hope you’ve had a fun, uplifting, creative month that has resulted in lots of stories. The Broadway musical “Once on This Island” by Lynn Ahrens & Stephen Flaherty ends with these words:

Keep weaving your stories in the coming days and to finish up the month, here’s your last prompt:

This beautiful musical tells the true story of what happened when 38 planes were diverted to Gander, Newfoundland following the attacks of September 11, 2001 in the United States. The tiny town of Gander took in 7000 stranded travelers and housed and fed them for several days. The book, music & lyrics are written by the married team of Irene Sankoff & David Hein. They wrote the play based on hours of interviews they had with townspeople and returning passengers in Gander for the tenth anniversary of the attacks. The actors in the show alternate between playing locals and passengers, but due to the highly creative staging, it is easy for the audience to know whose stories are being told. It also tells the story of the groundbreaking female pilot Capt. Beverley Bass who landed a plane in Gander that day. The musical reminds audiences that at a horrific time, with lots of confusion and despair, people came together in love and service to help each other. The show is currently running on Broadway with a touring company and international productions.
https://www.ibdb.com/broadway-production/come-from-away-510272/
https://www.youtube.com/watch?v=6MytaNqhEVE (clips featuring original cast)
http://www.comefromaway.com/story.php (short videos that tell about some of the real characters) 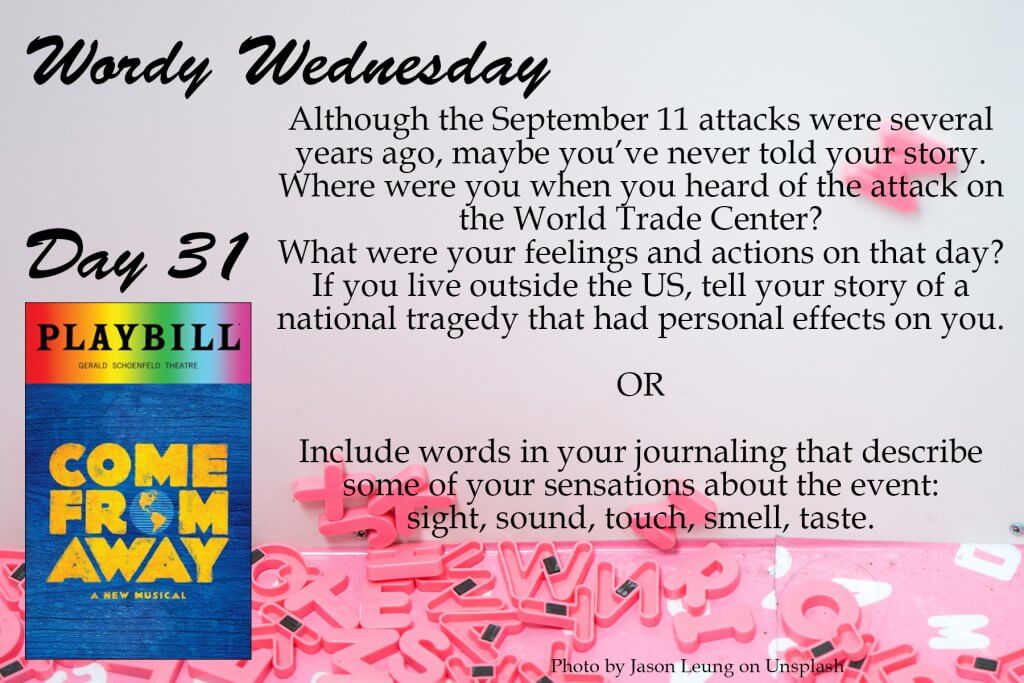 “Come From Away” was our favorite of the six Broadway shows we saw in NYC last November. I’m so happy I got to scrap this day’s sample layout as I loved the show and I’ve never actually written my feelings of 9-11. I tried to use as many sense words as possible in my journaling and having that technique idea made me really think about how things smell and look. I used some office supplies on my layout as a reminder that the towers were basically office buildings where regular people went to work every day and expected to be safe. I also used some screw and rivets to evoke the idea of the structural integrity of the buildings collapsing. I’m really glad I finally got this story told. I have spent my life scrapping my son’s lives and I still have more work to do on that, but Alice and LOAD have been pushing me to tell my own stories. 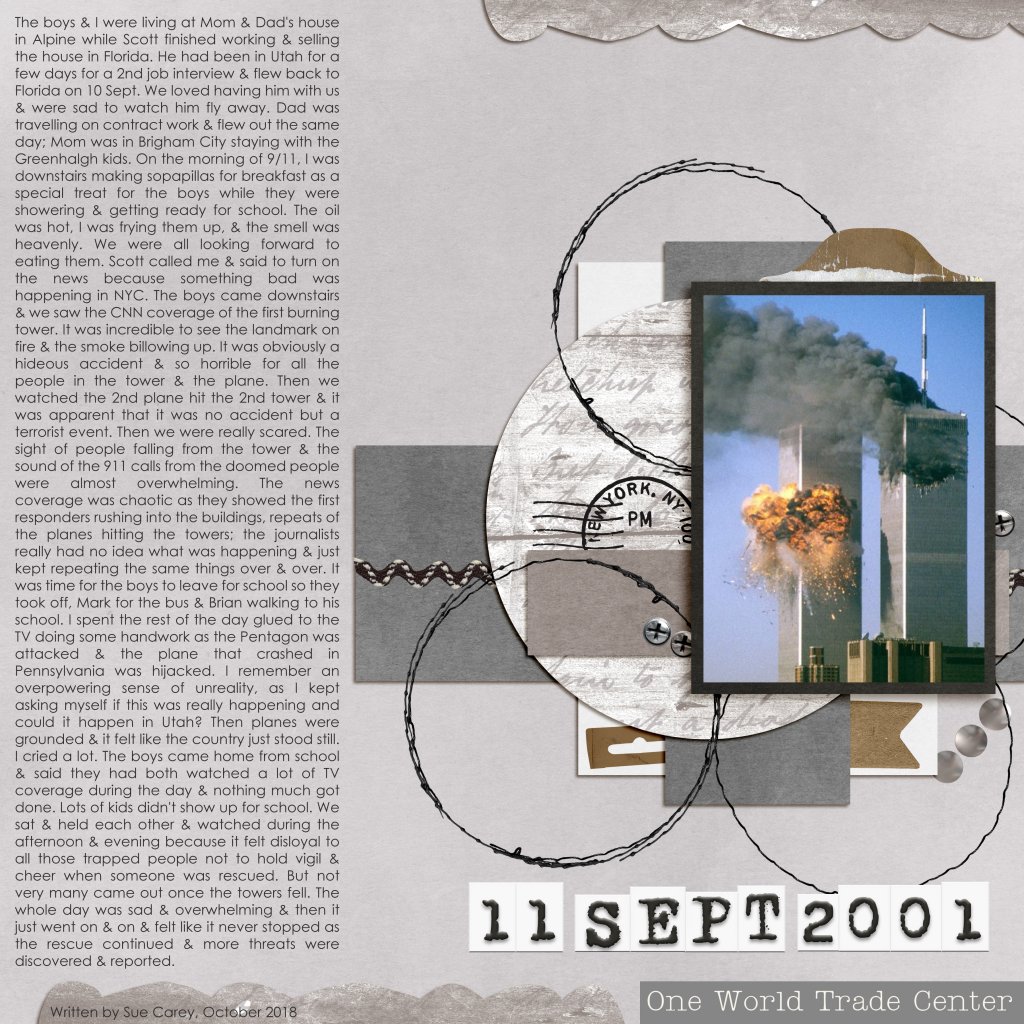